In his 16 years at the helm of The Daily Show, Jon Stewart transformed the once-struggling show into a pop culture juggernaut, often playing a role as a much-needed fourth estate (with far more lewd jokes than Edmund Burke imagined back in the 18th century).

On Tuesday, Comedy Central announced that the titan of their network will leave the show at some point this year. We rounded up the best reactions from top entertainment figures and Stewart’s fellow comedians on the day’s biggest news.

In a statement on Tuesday, Comedy Central president Michele Ganeless wrote: “For the better part of the last two decades, I have had the incredible honor and privilege of working with Jon Stewart. His comedic brilliance is second to none. Jon has been at the heart of Comedy Central, championing and nurturing the best talent in the industry, in front of and behind the camera. Through his unique voice and vision, The Daily Show has become a cultural touchstone for millions of fans and an unparalleled platform for political comedy that will endure for years to come. He is a comic genius, generous with his time and talent, and will always be a part of the Comedy Central family.” 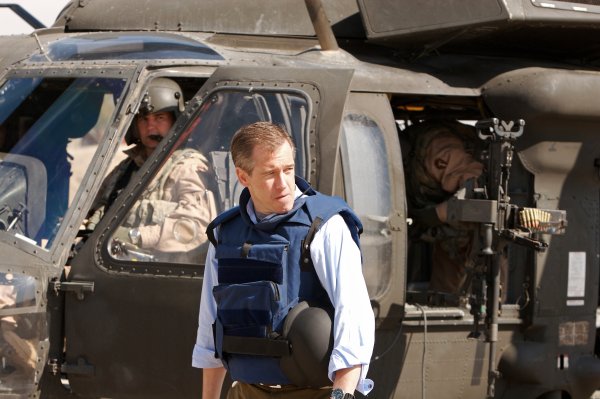 See Brian Williams Through The Years
Next Up: Editor's Pick