An ISIS-Inspired Terrorist Plot Has Been Foiled, Say Australian Police

Australian counterterrorism officials say they have foiled an imminent terrorist attack after the arrest of two men at a house in western Sydney.

The suspects have been charged with terrorist offenses, Reuters reports.

Police say a homemade ISIS flag was found at the house, as well as a machete, a hunting knife and “a video which depicted a man talking about carrying out an attack.”

Australia’s national threat level has been on “high” since last September, when news broke out that militants were planning to publicly behead a random member of the public.

The country is also concerned with homegrown militancy. Dozens of its citizens are said to be fighting for ISIS in Syria and Iraq, and last December a gunman with ISIS sympathies held up a central Sydney café, leading to the death of two hostages. 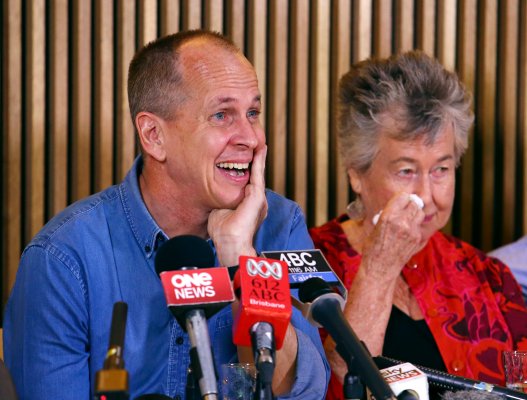 Freed Journalist Peter Greste 'Ecstatic' to Be Back Home in Australia
Next Up: Editor's Pick