Jon Stewart, the Fake Newsman Who Made a Real Difference

If you want a sense of how much Jon Stewart mattered to today’s mediasphere, how deeply his audience identified with him, consider this. We are currently in the midst of an actual evening-news controversy that just knocked Brian Williams out of the NBC Nightly News anchor chair for six months. But when Jon Stewart announced out of the blue that he was leaving The Daily Show later this year—explanation, as we say in the news biz, TK—that felt like the only news that mattered.

Stewart, whose last show is Thursday, can demur as much as he wants that he’s just a fake news guy, a comedian telling jokes, that the credit and attention should go to actual journalists reporting actual news. But we all saw through that joke. Since taking over the show from Craig Kilborn, he became–whether he liked it or not, whether he found it sad or not–the most passionately followed voice in late-night comedy and news alike.

So Stewart wasn’t an actual news anchor. What his show did with comedy was a kind of journalism nonetheless, using satire and some thorough research of source material to analyze the news and analyze its analysis. Any honest media critic knew that Stewart was doing the job better than the rest of us. His show turned TV’s own tools and language against it to spotlight buffoonery, bad faith, hot air, and hypocrisy. Do the same thing in print and you’re an op-ed columnist. Stewart and company simply managed to do it in a format that people paid attention to.

And pay attention they did. Stewart came out on top of a 2009 TIME online poll asking who was the most trusted newscaster in America after the death of Walter Cronkite, and young viewers in particular cited The Daily Show as a top source of information.

Stewart laughed off these accolades too, but he repaid the affection by caring. In his famous 2004 Crossfire appearance, he begged the hosts of the CNN shout show to stop “hurting America”; it is only a fitting sendoff to Stewart that before he left, he got to see that show die not once but twice. His 2010 Rally to Restore Sanity was dismissed by some critics, especially on the left, as mushy “false equivalence,” but it was deeply passionate–albeit passionate about Stewart’s belief, usually frustrated by actual events, that you could apeal to people’s reason and sense of comity. And sometimes the show effected real change, as when he made a cause celebre of a health bill to support 9/11 first responders, after it had been stymied in Congress. Stewart wasn’t a fist-shaker, but an eye-roller, but when he winced, he winced with feeling.

There was speculation on and off that Stewart would move on to something else–indeed that he should move on to something else, because that’s what people do in careers, even though he had seemed to find his perfect calling. He was suggested as a network late night host, directed the movie Rosewater, and last year he was courted by NBC’s Meet the Press, in a move even he seemed to find laughable at the time. (Given the turmoil over at NBC right now, let me just stress: please be a joke, please be a joke, please be a joke.)

So now it seems he will be going on to something else. But what the hell do the rest of us do? If there’s a silver lining here, it’s that we saw Stewart hand off his show for a summer to John Oliver, who kept it running brilliantly. Yes, Oliver’s an extraordinary talent, but his run on the show was also testament to how well Stewart and his staff had created a show whose voice was greater even than one ridiculously talented person. There are plenty of talented people we can talk about as a replacement later–Sam Bee, Aasif Maandvi–but at some point the idea of replacing Stewart will seem plausible, thanks to the machine he created.

Indeed, much of Stewart’s legacy extends well beyond his show: Stephen Colbert, of The Colbert Report and soon CBS’s Late Show, John Oliver of HBO, Larry Wilmore of the promising Nightly Show — not to mention the other talents, like Steve Carell, that the Daily Show helped launch. He’s arguably the most influential man in late-night comedy now. And his last show, whatever he does next, will be a sad day for anyone who cares about the news. That’s the truth, fake or not. 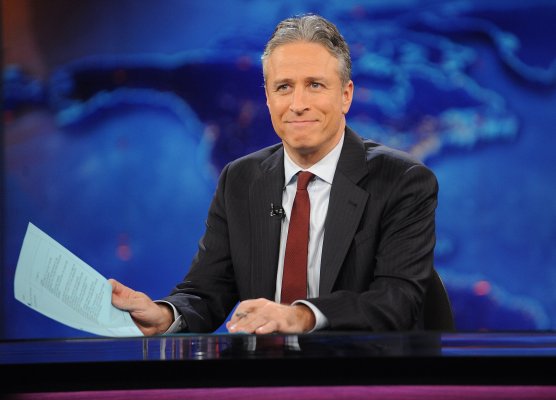