When Jon Stewart took over The Daily Show from host Craig Kilborn in January 1999, few could have foreseen how long a run he would have in the host’s chair — or how influential the show would end up being under Stewart’s reign.

Here’s a quick look at a youthful Stewart’s first day on the job, interviewing Michael J. Fox before bits on Strom Thurmond and the NBA lock-out. (Yep, it was the ’90s.)

“Is this live by the way?” Fox asks at one point.

See the full clip above. 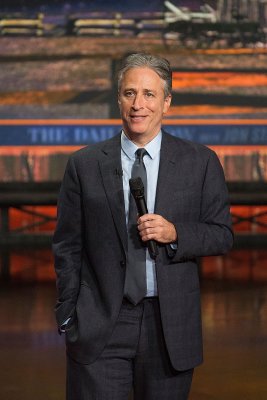 Jon Stewart Is Leaving The Daily Show
Next Up: Editor's Pick