By Tessa Berenson and Dan Hirschhorn

Jon Stewart, the comedian-turned-faux newsman who transformed The Daily Show into a cultural powerhouse over the course of 16 years at the anchor desk, is leaving the show later this year.

Stewart announced his coming departure during the taping of Tuesday night’s show, and Comedy Central president Michele Ganeless confirmed it in a statement. It wasn’t immediately clear what Stewart’s next move will be, nor was it clear who would replace him or whether the show will continue.

“For the better part of the last two decades, I have had the incredible honor and privilege of working with Jon Stewart,” Ganeless said. “His comedic brilliance is second to none. Jon has been at the heart of Comedy Central, championing and nurturing the best talent in the industry, in front of and behind the camera. Through his unique voice and vision, ‘The Daily Show’ has become a cultural touchstone for millions of fans and an unparalleled platform for political comedy that will endure for years to come. Jon will remain at the helm of ‘The Daily Show’ until later this year. He is a comic genius, generous with his time and talent, and will always be a part of the Comedy Central family.”

Stewart became anchor in 1999, taking a show that Craig Kilborn had started and turning it into a searing nightly political and media satire that left no subject matter—and no political party—unscathed. His fire was trained as often on his real-life media colleagues as it was on the politics or public affairs of the day.

Ratings for the show have increased 400% from the year Stewart took over. The show has received 50 Emmy nominations and won 15. In 2000 and 2004, the show won two Peabody Awards for its coverage of the presidential elections relevant to those years, called “Indecision 2000” and “Indecision 2004,” respectively.

And it spawned numerous successful comedy careers, most notably when Stephen Colbert, a Daily Show correspondent, launched The Colbert Report. Colbert ended his show late last year for a move to David Letterman’s job at CBS. Other correspondents whose roles on the show shot them to stardom include actor Steve Carell and comedian John Oliver, who just started the second season of his HBO show Last Week Tonight. 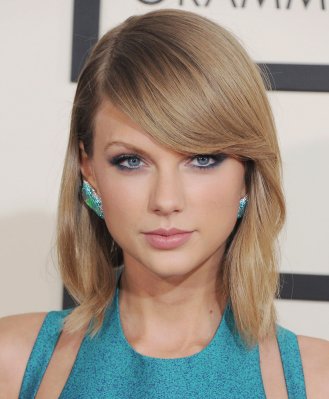 Taylor Swift's Old Guitar Teacher Says Her Lawyers Are 'Bullying' Him
Next Up: Editor's Pick