A man who claims to have taught Taylor Swift to play guitar told the NY Daily News that the singer’s legal team is demanding he shut down the website he created, Itaughttaylorswift.com, as it violates her trademark.

Ronnie Cremer says that his site’s domain name — which currently directly leads to the NYDN article that broke the teacher’s story — was acquired from Go Daddy fair and square. “I almost feel like they were trying to bully me a little bit,” he said.

Cremer says that he received an email Feb. 6 from TAS Rights Management, LCC asking him to relinquish the site’s name in three days because it “incorporates the famous Taylor Swift trademark in its entirety and suggests TAS’s sponsorship or endorsement of your website. The Domain Name and your use of the Domain Name are also highly likely to dilute, and to tarnish, the famous Taylor Swift trademark.”

Although Swift’s team did not immediately respond to TIME’s request for comment, this would not be entirely out of character for the savvy businesswoman and musician. Swift pulled her music from Spotify in November after claiming the platform didn’t appropriately compensate artists. In January, Swift applied to trademark lyrics from her 1989 album including “This sick beat” and “Nice to meet you. Where you been?” 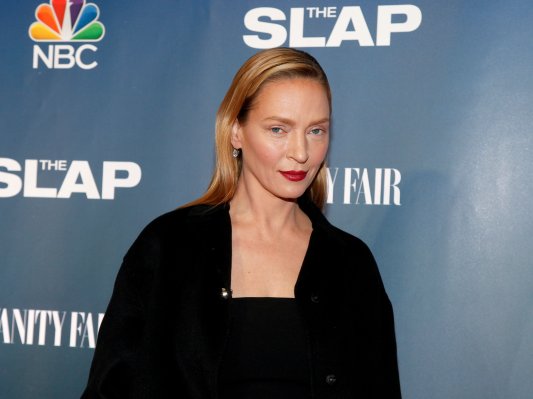 Speculation Over Uma Thurman's Face Proves How Limited Actresses' Options Are
Next Up: Editor's Pick