Jeb Bush: Not Running From Common Core, But Not Saying It Either

Former Florida Gov. Jeb Bush said Tuesday he “can’t wait” to visit Iowa next month to discuss education reform, despite his support for Common Core education standards which have become increasingly toxic among his party’s base.

Appearing at an education summit in his home state, Bush avoided using the phrase in a 44-minute question-and-answer session. When pressed by reporters, the likely presidential contender maintained he is not running from the standards, and is unafraid that his support for them may doom his prospects in the first-in-the-nation caucuses.

“I am for higher standards,” Bush said, declining to utter the politically charged phrase himself, but dispelling some of the more outlandish misconceptions about the program. “I am for creating real restrictions on the federal government’s role in this so you can alleviate people’s fears that you’re going to have some kind of control by the federal government of content, of curriculum, or even standards. I’m against all that.”

“I’m against the federal government being involved in demanding that assessments are done in a certain way,” he added.

Bush built his political career in Florida in part as an ardent supporter of education reform, a record he said he intends to take around the country despite the concerns Common Core.

“I was a governor of a state where I got a chance to implement the most meaningful reforms in the country and I can’t wait to go to places and share that.”

The bipartisan standards backed by Bush’s Foundation for Excellence in Education have drawn condemnation from some in both parties, but are emerging as a litmus test with conservative base voters in 2016. GOP candidates of all stripes have come out against them or have urged a rethinking of the state-by-state program. Meanwhile a former supporter, Louisiana Gov. Bobby Jindal, has become their most stringent opponent.

The Republican presidential hopeful is set to visit Iowa next month for the first time since 2012. 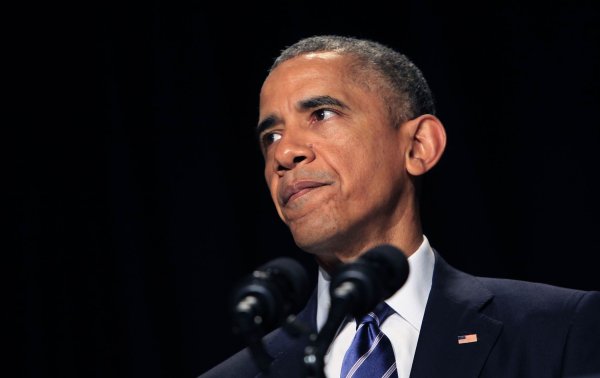