That likely explains why a new video of a robotic dog is making the Internet rounds. The dog, named Spot, is from Boston Dynamics, a robotics company Google acquired in 2013. Google has been relatively quiet about its growing robotics ambitions, but there’s plenty to be gleaned by understanding how Boston Dynamics operates and why Google bought the company.

Here’s what you should know:

Boston Dynamics has been around for a long time

The company was founded in 1992 by Marc Raibert, a former researcher at MIT. Boston Dynamics originally focused on developing human simulation software used to train law enforcement. But Raibert had done extensive research on robotic mobility at MIT and Carnegie Mellon, leading the company to eventually expand to producing robotic machines.

Spot is not Boston Dynamics’ first animal-like design. The company has also built BigDog, a 3-foot long, canine-like creature; WildCat, which can run at speeds of 29 miles per hour; and the six-foot humanoid robot Atlas.

Boston Dynamics’ robots are renowned for their incredible balance. In the video of Spot, company employees can be seen kicking the robotic dog, trying to topple it over. However, Spot simply staggers sideways a few steps and easily regains its footing. The larger BigDog can walk up slopes as steep as 35 degrees and navigate through snow, water and muddy hiking trails.

Broadly, Boston Dynamics’ goal is to create a fleet of robots that can easily navigate real-world terrain. This could be useful for everything from sending Atlas into a disaster zone to letting Spot clean up a cluttered apartment (sorry, DJ Roomba).

They work with the military

Boston Dynamics has partnered with DARPA, the U.S. Navy, the Army and the Marines, according to its website. BigDog was funded in part by DARPA and is envisioned as a kind of robotic pack mule that could accompany soldiers on missions. The robots are incredibly strong—check out BigDog hurling a cinderblock—but to this point their uses seem centered on aiding people, not being weaponized to hurt humans. There’s a growing debate within the United Nations about whether nations need to establish rules about weaponied “killer robots” before they become easy to produce.

Boston Dynamics is the most famous of Google’s robotics acquisitions, but the search giant snatched up at least seven other robotics companies in 2013. It also put Android creator Andy Rubin in charge of a new robotics division, though Rubin said last October that he was leaving Google. Google hasn’t said what it plans to do with all these robot companies, but the New York Times reports it will initially target enterprise customers and offer robots that can be used in manufacturing or retail. 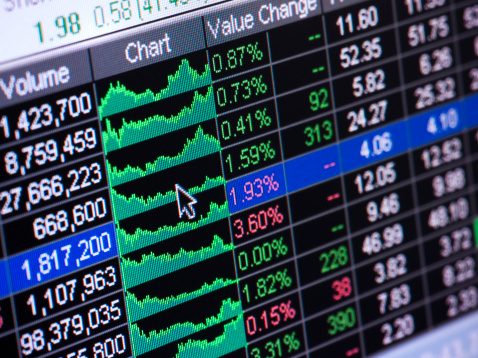 Five Best Ideas of the Day: February 10
Next Up: Editor's Pick