A new report has tallied almost 4,000 lynchings of black people in the South during the Jim Crow era, about 700 more than were part of previous tallies of Southern lynchings.

The report by the Equal Justice Initiative, a nonprofit that provides legal counsel to the poor, calculates that there were 3,959 lynchings in the South from the end of the Reconstruction era in 1877 to 1950. The EJI report focuses specifically on what the group calls “racial terror lynchings.” The victims were killed often because they had committed some type of social transgression (like bumping into a white woman) or because they were accused of a crime. In cases involving criminal accusations, lynching victims were not given the due process of a trial. The perpetrators of these lynchings were not charged with crimes for the killings.

Georgia had the most lynchings during the period studied, with 586. Mississippi had the second-most, with 576 killings ,and Louisiana was third with 540. Florida had the highest rate of lynchings per capita, with 0.594 black residents being lynched annually per 100,000.

Bryan Stevenson, the founder of the EJI, is now on a campaign to get more communities to erect markers or memorials at locations where lynchings occurred. Most lynching sites are not publicly acknowledged. 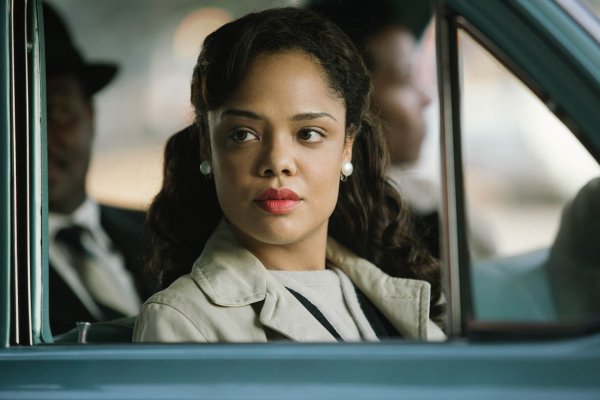 Why Diane Nash Is Selma’s Best Supporting Role
Next Up: Editor's Pick