There is nothing sadder than the loss of a child. American parents reflexively choked up Tuesday after the White House confirmed the death of Kayla Mueller, 26, who had been held hostage by Islamic terrorists in Syria since August 2013.

Details of her death were scant. A White House aide said her captors, belonging to the Islamic State of Iraq and Greater Syria, had provided information to the Mueller family, which led the U.S. intelligence community to confirm she had perished. ISIS claimed she had been killed in a Jordanian air strikes last week launched in retaliation for ISIS burning captured Jordanian pilot 1st Lt. Moaz al-Kasasbeh to death.

While some intelligence sources expressed skepticism she was killed by a Jordanian bomb, it makes little difference. Mueller was there because people were dying, and she wanted to help. “For as long as I live, I will not let this suffering be normal,” she told her hometown paper in Prescott, Ariz., before she was captured. “It’s important to stop and realize what we have, why we have it and how privileged we are. And from that place, start caring and get a lot done.”

Just like millions of Americans in uniform following 9/11, she volunteered to serve in a war zone, and ended up paying the ultimate price.

Unlike the nearly 7,000 of them, though, there has been intense media focus on her fate since ISIS said she was said she had been killed and her name surfaced, after her family and the U.S. government had kept it secret for 18 months.

There is nothing wrong with that. Individual stories from the war zones—whether that of Jason Dunham, James Foley, Salvatore Giunta, Peter Kassig, Chris Kyle, Steven Sotloff or Pat Tillman—allow us to focus on individual acts. That can shed light on what the nation is doing there, and the progress it is making. Tallying individuals’ sacrifice can lead us to conclude, perhaps in a way raw numbers cannot, whether the effort is worth it.

But, in the same way, raw numbers pack their own kind of punch. Their toll instructs us in how war has changed in our hyper-connected, 24/7 world, and how much, and how willingly, the nation used to sacrifice its young.

An estimated 19,000 Americans died in World War II’s month-long Battle of the Bulge. Storming Normandy cost 16,000 U.S. troops their lives. Gettysburg killed 7,000, on both sides. Korea’s battle of Pusan killed 4,600 Americans. On Sept. 11, 2001, nearly 3,000 people were killed by al Qaeda terrorists, including more than 2,600 Americans. In Vietnam, the Battle of Khe Sanh left more than 700 U.S. troops dead. The Taliban shot down a U.S. Army helicopter in Afghanistan in 2011, killing 30 American troops.

Such numbers have been trending downward. Perhaps we focus on individuals because, thankfully for Americans, our casualties—both military and civilian—in our post-9/11 wars have been historically modest. That doesn’t ease the pain for individual families, of course, but it does mean far fewer families are enduring such anguish. 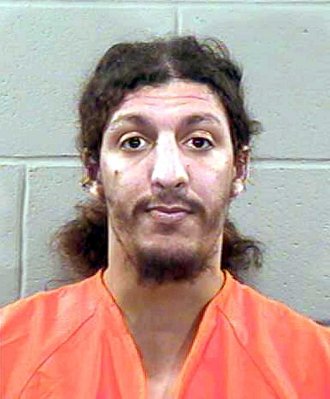 Shoe Bomber: God Wanted Me to Fail
Next Up: Editor's Pick