With the announcement that the Spider-Man franchise is to be part of the so-called Marvel cinematic universe, the comic-book company/studio has what they’d heretofore had to make themselves: A character with proven box-office power.

Marvel Studios’ flagship characters have spun box-office gold, in the years since Iron Man kicked off the company’s movie series in 2008, largely by force of will. Iron Man, Thor, and Captain America certainly have their partisans, but not the name recognition of Spider-Man, Superman, or Batman. The latter two of those stars are outside of Marvel’s reach — they’re the property of rival company DC, which has announced Batman v Superman for 2016 — but Spider-Man, whose on-the-page exploits have long been in Marvel Comics, is clearly a prize Marvel Studios wanted to win. Consider that, in announcing the introduction of Spider-Man to their film series, Marvel has had to rejigger much of their slate of forthcoming movies, postponing various planned release dates of projects including the third Thor film and the first Marvel film with a female lead, Captain Marvel.

Why was Spider-Man so important? Those who view comic-book movies primarily as works of art will note that the character is, in comics, part of the group known as “the Avengers,” and his absence from The Avengers movies is a divergence from the text. But, more than that, Spider-Man is a character with a proven box-office record. Marvel’s track record of unblemished success so far is remarkable, but they’re moving farther and farther away from recognizable characters; at some point some air must come out of the balloon. Introducing, at this advanced stage in the studio’s history, a character who’s both new enough that several films lie in his future and recognizable enough to fuel legitimate excitement is a great move. Marvel is introducing Spider-Man before even the possibility of fatigue could set in.

Of course, it’s a move that takes Spider-Man away from being the sole property of another studio: Sony holds the rights to Spider-Man, and had considered him, until recently, a huge part of that studio’s future. A solo Spider-Man film will come out under Sony’s auspices after the webslinger appears in Marvel films. An extended universe built around Spider-Man, which was meant to kick off with a now-delayed film about the alliance of villains Spidey fights. That film, The Sinister Six, is now delayed indefinitely. Sony allowing Marvel to use their character is a concession to the comic book studio’s power in the marketplace: Both because they got there first and because they’re more artful in spinning the fact that none of their movies are leading towards a definitive resolution, the studio has cracked the code of comic-based movies in a way Sony hadn’t.

The Spider-Man franchise, which rode high in the early 2000s with Tobey Maguire in the lead, faltered with Andrew Garfield in the lead. It was no fault of Garfield’s: The most recent Amazing Spider-Man installment, which came out last year, underperformed at the box office thanks in part to perceived fatigue with the character. The film was fairly transparently being used to situate villains for a spinoff film. There’s no such thing, these days, as an action film that stands on its own without the possibility of a sequel, but a new Spider-Man franchise so soon after the last one, and one that was so clunkingly setting the table for yet more sequels, felt more like a transaction than a cinematic experience.

So now Spider-Man will get to exist in a new milieu, one that will likely generate excitement around a familiar character without us having to watch him go to high school again. And Sony won’t have to play catch-up to Marvel: If there’s one thing The Avengers, with its set of heroes protected by the Hulk, has proven, it’s that it’s easier to win when you’re on the side of the two-ton behemoth. 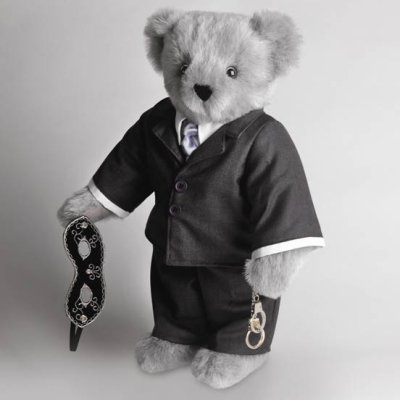