Lessons From Lincoln: 5 Leadership Tips History And Science Agree On

Abraham Lincoln gets a lot of credit for being a great leader. And he deserves it, but…

Frankly, most of us don’t really know why he deserves it.

What made him such an extraordinary leader? And does modern research back up his methods?

Here’s what Honest Abe did, why it works and how it can make you a better leader.

1) Get Out Of The Office And Circulate Among The Troops

In 1861 Lincoln spent more time outside the White House than in it.

And it’s believed he met every single Union soldier who enlisted early in the Civil War.

How’s that for being an accessible leader?

Lincoln knew people were his best source of information. And accessibility built trust. He spent 75% of the day meeting with people.

Guess what? Modern business theory backs him up.

These days the management gurus call it “Managing by Wandering Around.” Seriously.

Lincoln was always trying to get the best information so he could make good decisions.

He was constantly emailing and texting on his iPhone… Umm, well, the 19th century equivalent of it, at least.

What do CEO’s of the modern era still spend much of their time doing?

The exact same thing Lincoln did: trying to get the information they need to make good decisions.

Via John P. Kotter on What Leaders Really Do:

(More on what all great leaders have in common here.)

2) Persuade Rather Than Coerce

Despite having the power of the presidency, Lincoln didn’t strongarm people; he persuaded them. How did he do it?

He made them his friends. He made them like him. Here’s Lincoln talking about his methods:

And it shows in the way he handled subordinates.

He didn’t give orders — he made requests. Look at his letters:

From my interview with Bob: Liking is one of fundamental principles that leading persuasion expert Robert Cialdini’s detailed in his classic book, Influence.

No surprise that people prefer to say yes to a request to the degree that they know and like the requester. A simple way to make things happen in your direction is to uncover genuine similarities or parallels that exist between you and the person you want to influence, and then raise them to the surface. That increases rapport.

Lincoln has a famous quote on the subject:

I destroy my enemies when I make them my friends.

(Learn the methods hostage negotiators use to bond with hostage takers here.)

3) Lead By Being Led

Lincoln always gave credit where credit was due and took responsibility when things went wrong.

By doing this he dodged what Harvard professor Gautam Mukunda says is the most common leadership mistake: hubris.

Lincoln had no problem saying he screwed up, like in this letter to General Ulysses S. Grant:

He trusted the judgment of the people who were on the front lines. This is one of the hallmarks of good military leadership.

Looking at the research, what type of leadership works in the toughest situations?

Lincoln’s method: being democratic and listening.

Via Bold Endeavors: Lessons from Polar and Space Exploration:

Leaders take note: research shows that not worrying about who gets the credit for an idea is key to influencing people.

And the greatest minds of history agree. As Lao Tzu said:

(Learn what type of leader you are here.)

Lots of lip service is paid to encouraging innovation these days. What did Lincoln know about innovating?

Well, he’s the only U.S. President to ever patent something.

What does it take to increase creativity and innovation in an organization? As I’ve said before, it’s pretty straightforward:

Reward people for trying new things and don’t punish them for failure.

(More on the single most proven way to innovate here.)

By all accounts, Lincoln was a great storyteller and he actively leveraged this skill to win people over.

Lincoln himself said it plainly:

And research from Stanford backs him up.

Facts and statistics are great but when people hear presentations what do they remember? The stories.

Via Made to Stick: Why Some Ideas Survive and Others Die:

If you’re a leader as Lincoln was, you need to know what studies show inspires team morale. And the answer is great stories:

As I’ve posted many times, storytelling can improve almost every area of your life. Why is storytelling so powerful?

Stanford professor Jennifer Aaker has done research showing stories are key to our sense of meaning:

(More on how to tell great stories from a UCLA film school professor here.)

Leadership lessons you can learn from Lincoln:

There’s a lot to learn from Lincoln.

And people didn’t just love Honest Abe because he was a wise leader; he also had a good sense of humor:

If I were two-faced, would I be wearing this one?

10 Things The Greatest Leaders All Have In Common

Lessons From The Samurai: The Secret To Always Being At Your Best 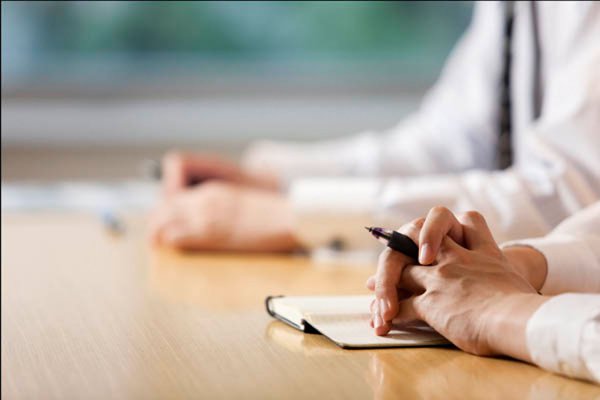 The One Thing Business Schools Need to Start Teaching
Next Up: Editor's Pick