The Bachelor Watch: Battle in the Badlands

Welcome back to The Bachelor. Last week, the show suffered a dramatic Rose Ceremonus Interruptus when Kelsey had fallen and couldn’t get up. She fainted or had a panic attack or both simultaneously from the stress of Chris canceling the cocktail party. She really wanted a drink, apparently. As the EMTs gathered around her and an oxygen mask was strapped on her hyperventilating face, the show went dark and the audience has been on the edge of their seats for an entire week waiting to find out what would happen next. Without further ado, here’s what happened on The Bachelor:

The Drama, Continued: As Kelsey lies on the floor surrounded by EMTs, the women are very suspicious. As you may recall, Kelsey already had some private one-on-one time with Prince Farming after she snuck into his hotel room. Their suspicions seemed proven when the EMT asked Kelsey if she needed anything, and she asked for Chris. He rushed to her side and swept her off the floor, where she had remained until he could get a good look at how pretty she looked when she was vulnerable. The women were not impressed.

Bachelor Milestone: Ladies and gentleman, an enemy has risen: Kelsey.

Rose Ceremony, Continued: While Ashley I. cries and whines about Kelsey stealing time with Chris, the Rose Ceremony begins. Jade got the first rose. Kaitlyn, Meghan and Becca, are all called, and Ashley’s screed continues until Chris calls Ashley’s name. Then she starts ranting that she hopes Kelsey won’t get a rose. The final rose goes to … Kelsey. That means a brunette (Samantha?) who never got a date with Chris is going home, as is the woman who named her son Kale.

Road Trip: After the Rose Ceremony was finally completed, Chris took his houseful of women to a place where such things are accepted: Deadwood, S.D., which probably already has a brothel or two. Stay wild, Wild West! Deadwood is where Wild Bill Hickok died, where Calamity Jane “did her business” (which may or may not be a euphemism), and is where we first met Timothy Olyphant. As Chris says, it’s the perfect place to fall in love or get shot in the back. And on this show? Probably both at the same time.

First Date: Becca got the date card, which is not O.K. with Kelsey, who feels like she earned a one-on-one date. Chris disagrees, apparently. He is excited to take Becca because she is the only woman on the show that he hasn’t kissed. Yet. Because this is Deadwood, their options are limited, so they go horseback riding. That’s when we meet the real star of the show: a tiny little burro (pack mule?) who is carrying their picnic supplies. If Chris were smarter he would ditch the girl and spend some quality time with the tiny donkey. Instead, he and Becca ride through the badlands and make a campfire and make each other laugh, until Becca is forced to admit the unspeakable truth that Chris has a weird laugh. She does it later, though, so he still gives her a rose. Then he finally completes his Manifest Destiny and kisses the last woman standing.

Bachelor Milestone: Intervention! The women decided to share some of their feelings about Kelsey with Kelsey because that always goes well. Kelsey chalks it all up to unprocessed emotions over sharing her tragic back story with Chris. Then she promises to be more “mindful” proving her guidance counselor bona fides.

Group Date: Whitney, Jade, Britt, Carly, Megan and Kaitlyn are invited on a Group Date, which means that the dreaded two-on-one date is between Kelsey and Ashley. Maybe they will have a cry off! Before we get to witness those women test the limits of their waterproof mascara, we must watch these women on their group date. They are tasked with writing a country love song with a little help from country stars Big & Rich. Most of the girls decide to write about the fact that Britt and Chris are making out in front of them, which is pretty much Taylor Swift’s entire body of work. Carly, the cruise-ship singer, takes the top prize, but that’s just because Kaitlyn’s rap was bleeped out. Chris was very impressed with Jade too, because she was so shy but managed to overcome her fears.

The After Party: The women celebrate their new songwriting careers over some drinks while Chris takes some alone time with all of them. When it comes to his alone time with Britt, he grabs her and runs down the block to a Big & Rich concert. He gets her on stage and hands her a rose in front of the gathered crowd and kisses her for all to see. The other women just sit and wait for them to return. They are gone for over an hour, and when Britt returns with the rose in her hand, Chris quickly senses the seething anger of six women scorned and vamooses to his hotel room. The mood is dark and the women all glare at Britt, even though it’s really not her fault. Carly just sits and cries, and even tough-talking Kaitlyn cries a little. Whitney reminds the camera that her heart is pure and she’s on the show for the right reasons. Sadly, none of that matters right now.

The Two-on-One Date: If Chris thought the after party was awkward, the two-on-one date is like The Hunger Games but less family-friendly. For everyone’s safety, Chris takes the women to a remote location in a dusty corner of the Badlands. The second Ashley gets him alone, she stakes her claim by making out with him — and immediately telling him that Kelsey isn’t a team player and everyone in the house is suspicious of her. Chris boldly takes that tidbit directly to Kelsey. Kelsey looks very disappointed in everyone and announces that she doesn’t want to get sent home over “girl talk.” Then she dead-Ashley her for the rest of the date. Ashley goes to cry in the desert because Kelsey called her out. She grabs Chris because she needed a shoulder to cry on, and as she weeps, Chris admits that he doesn’t think she would be happy in Iowa, because duh. She walks off into the desert, but probably because she really needed a tissue and wanted Chris to chase after her. He doesn’t bother. As Ashley leaves a trail of tears and hair extensions across the Badlands, she shouts back that she was just trying to do him a favor. The most impressive thing is that her copious amounts of eye makeup remained completely intact. Chris returns to the cabana where Kelsey sits looking like she ate a canary. Then Chris dumps her too. Chris, not being a man of steel, hightails it out of there taking the last helicopter out of the Badlands and leaving the women to Mother Nature. Hopefully Ashley now has time to update her blog.

The Aftermath: Back in the hotel room, a producer comes to remove both Ashley’s and Kelsey’s luggage. The remaining women cheer, jump on the furniture while chanting, “Chris is smart! Chris is smart!” and then pop open the pink champagne and get to drinking.

Best Reason to Come Back Next Week: Chris takes the women to the Promised Land a.k.a. Iowa. Maybe there will be another tiny donkey. 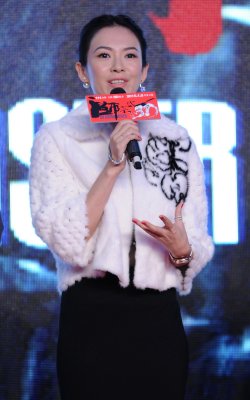 Actress Gets Her Engagement Ring Delivered by Drone
Next Up: Editor's Pick