Nearly One in Ten Americans Think Vaccines Are Unsafe

Almost one in 10 Americans believe vaccines for diseases including measles, mumps and rubella are not safe for healthy children, indicating a significant number of Americans have misconceptions about the danger of vaccinations.

Skepticism with vaccines crosses party and demographic lines, according to the Pew Research Center study released Monday, with about 5% of Republicans and 9% of Democrats saying vaccines are unsafe, and 11% of men and 8% of women saying the same.

A total of 121 cases of the measles have been reported after a recent outbreak that began in Disneyland, California. The disease has now spread to 17 states and Washington D.C., according to the Centers for Disease Control and Prevention.

Doctors are blaming the outbreak on a large number of parents who believe vaccines can cause autism or other health complications, and therefore choose not to vaccinate their children.

The results of the Pew study are “very discouraging,” said Dr. Amesh Adalja, an infectious disease specialist at the center for health security at the University of Pittsburgh, citing the near-total eradication of polio, smallpox and other deadly diseases by vaccines as evidence of vaccinations’ efficacy.

“For people still to believe vaccines are unsafe—despite all the evidence—is really frustrating,” Adalja said. “It shows the task we have ahead of us will be very difficult.”

If a large enough percentage of children don’t get vaccines, it leaves even children who do get vaccines at risk. Experts recommend that 92-95% of Americans get vaccinated against measles to reach “herd immunity” to protect everyone in a particular community, reports the Guardian. Current vaccination rates in the U.S. hover around 91%.

A 1998 study claimed to show a link between autism and vaccines, but the study has long been discredited. Two decades of research have shown vaccines do not cause autism or other side effects in healthy children.

The percentage of Americans who believe vaccines are unsafe does appear to be falling, however. A 2011 poll showed that 18% of Americans believe that vaccines can cause autism.

Director of political research at Pew Research Center Carroll Doherty said that many of the misconceptions about the safety of vaccines appear to come from ignorance of the science behind inoculations, particularly among those who aren’t aware of the recent outbreak.

“People who haven’t been following this debate, they are very high in either saying they’re not safe, or they don’t know,” Doherty said. 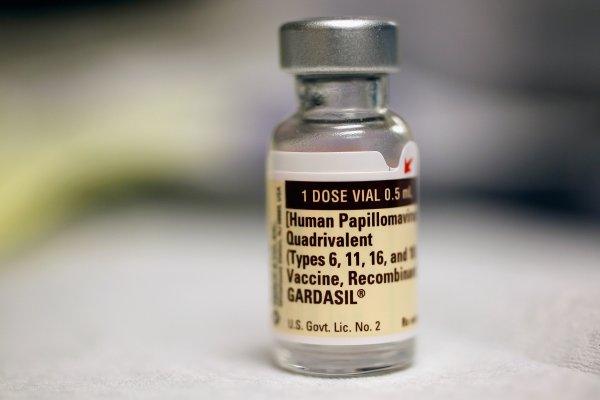