A measles vaccine is seen at Venice Family Clinic in Los Angeles on Feb. 5, 2015.
Lucy Nicholson—Reuters
Ideas
By Minda Dentler
Minda Dentler, polio survivor and Rotary International polio eradication advocate volunteer, is a financial services professional who lives and works in New York City. She is the first woman handcyclist to complete the Kona Ironman.

The outbreak of measles that has now infected 121 people in 17 states is confirmation of an unfortunate new reality – preventable diseases are back in the United States because too many people have ignored the value of vaccines.

The January outbreak of measles was caused by families who chose not to vaccinate their children, leaving them vulnerable to a myriad of contagious and devastating diseases. Most people who oppose vaccines don’t know first-hand what these diseases can do to you. They should meet me.

Unlike most people in the U.S., I know what it’s like to have polio, which used to infect an average of 35,000 people annually in this country in the early 1950s. I was an infant in India—which only became polio-free last year—when I contracted this paralyzing disease and was placed in an orphanage. Fortunately, I was adopted by an American family in Spokane, Washington.

Growing up, I endured multiple surgeries on my hips, legs, and back in order to be able to walk with leg braces and crutches. As a child, I had a difficult time fitting in. I looked so different from other kids, with the thick, heavy braces I wore on my legs.

Despite my experiences, I do not consider myself a victim of polio. I see myself as a polio survivor who beat the odds, and I made the decision to live life to the fullest. I graduated from college, moved to New York City, earned my MBA, and now work at a large global insurance company. When I was 28, I discovered sports. Within six years of beginning to train for triathlons, I became the first female wheelchair athlete to complete the Ironman World Championship in 2013. I also have become a health advocate working with Rotary International, which is dedicated to the eradication of polio.

More importantly, I am a new mother. Becoming a parent has brought me a joy that I have never experienced before. I plan on vaccinating my child against diseases such as measles and polio, because I do not want my child to endure what I did: the debilitating and permanent effects of a preventable disease.

Polio has not kept me from leading a full life, but there are others who are not as lucky. If not for the anti-vaccination movement, preventable diseases wouldn’t be a risk to children in developed countries like the U.S., where we have regular, affordable access to vaccines. In other places like Pakistan and Nigeria, children remain vulnerable as getting access to the vaccine can be dangerous. Polio workers in Pakistan are regularly subjected to violence, even killed, when they are vaccinating children.

What message are we sending to these countries when the vaccinations we advocate for internationally come under question or criticism in the U.S.? The critiques against vaccinations have not been backed by medical science.

Children who have not been vaccinated and are infected with preventable diseases, such as polio, can face a lifetime of hardship, even death. I appeal to all parents who have opted out of vaccinating their children to please consider the challenges I have faced. If I had been vaccinated against polio, I never would have had to endure even one surgery. I would be able to walk and run normally.

We should all see vaccination for what it truly is: an opportunity to ensure that our children lead the healthiest lives possible.” 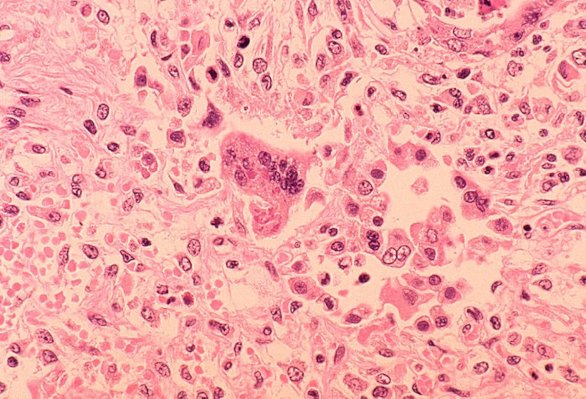 Why Measles Continues to Plague Us
Next Up: Editor's Pick