Obama Criticizes the Filibuster, Just as Democrats Start Using It

President Barack Obama argued in a new interview that the Senate should all-but eliminate the use of the filibuster, just as Democrats in the upper chamber have begun to make use of it.

In an interview with the online policy site Vox, Obama argued that the now-routine requirement that a measure get 60 votes to pass the Senate is causing legislative gridlock and leading to polarization.

“Probably the one thing that we could change without a constitutional amendment that would make a difference here would be the elimination of the routine use of the filibuster in the Senate,” he said. “Because I think that does, in an era in which the parties are more polarized, it almost ensures greater gridlock and less clarity in terms of the positions of the parties.”

The interview was published just one week after Democrats used the filibuster to block a bill that would attempt to undo Obama’s recent executive actions on immigration. The bill failed on a 51-48 vote, gathering a simple majority but falling far short of the 60-vote threshold. (Of course, even if the bill had gotten through Congress, Obama would have vetoed it.)

Obama couched his criticism of the filibuster in sweeping constitutional terms.

“There’s nothing in the Constitution that requires it,” he said. “The framers were pretty good about designing a House, a Senate, two years versus six-year terms, every state getting two senators. There were a whole bunch of things in there to assure that a majority didn’t just run rampant.”

The President has flip-flopped not just on the filibuster but on how it relates to gridlock. As a senator in 2005, Obama argued that changing the Senate rules to reduce the use of the filibuster would only lead to more “bitterness and gridlock.”

But as President he supported a move by then-Majority Leader Harry Reid to eliminate the filibuster on most nominations, which allowed him to get key judges and officials confirmed while his party still controlled the Senate. 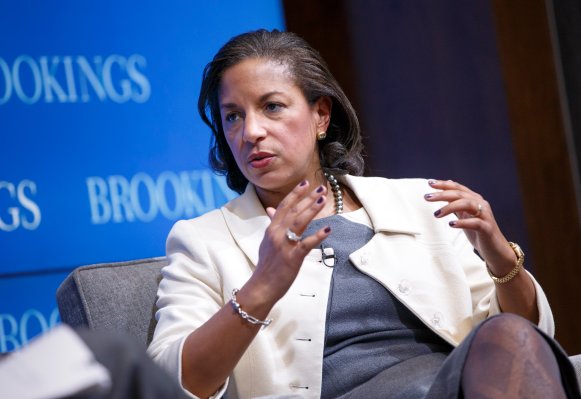