Solar power may have its critics, with many pointing out the intermittency limitation compared to traditional energy stalwarts like coal, oil and gas. But there is no denying that the photovoltaic (PV) industry is on the move, with many developed nations – notably China, Japan, Germany and the United States – making huge investments into ground- and roof-mounted solar panels.

A study by the Global Climate & Energy Project concluded that if current growth rates continue, by 2020 about 10 percent of the world’s electricity could be produced by PV systems. A big part of the solar story is the steady growth of ground-mounted solar power, or “solar farms”, where thousands of PV panels that often span miles of desert terrain, appear to symbolize the very future of alternative energy.

Truly monolithic in scope, these massive structures represent solar power on an industrial scale. They are more “solar suburbs” than “solar farms”. Below are the world’s current largest, including a couple still in the planning stages:

1. Sambhar Lake, India. Consortium of 6 state-owned companies including Bharat Heavy Electricals Ltd., Power Grid Corp of India, Hindustan Salts. Capacity: 4,000 MW. Yes, you read that right. India’s new monster solar plant, to be built about 70 kilometers from Jaipur, the Rajasthan capital, will have the capacity to produce eight times the power of the largest solar farms currently operating in the United States. The $4 billion project is the showpiece of India’s solar potential, but it has been stalled due to conflicts over land use. The state government wants the land to be used for salt-making, against the wishes of the federal government which has committed to developing solar projects.

2. Topaz, California. MidAmerican Solar. Capacity: 580 MW. In December, the final 40-megawatt phase of the Topaz solar farm went online in California, making it the first solar plant in the United States to be over 500 megawatts. The 580-MW facility, located on the Carrizo Plain of San Luis Obispo County, took two years to build and cost $2.5 billion. Its 9 million solar panels, spread across 9.5 square miles, will power 160,000 homes and supply most of the electricity for the city of San Luis Obispo, population 276,000.

3. Solar Star, California. MidAmerican Solar, SunPower Corp. Capacity: 579 MW.Construction of the Solar Star Projects, located in Kern and Los Angeles Counties, started in 2013 and is expected to be finished this year. When complete, the facility will have over 1.7 million solar panels. It already delivers over 170 megawatts to the California grid.

4. Ivanpah, California. NRG Energy, BrightSource Energy, Google. Capacity: 392 MW. Opened nearly a year ago, the Ivanpah Solar Solar Electric Generating System stretches five square miles across the Mojave Desert close to the Nevada border. The plant employs about 300,000 mirrors that are used to direct sunlight onto three “boiler towers”. The facility produces enough energy to power 140,000 homes, but it has also been criticized for disrupting animal habitats and even “frying” birds that fly too close to the extremely hot towers.

5. Agua Caliente, Arizona. NRG Energy, MidAmerican Solar. Capacity: 290 MW. Agua Caliente went online in April of last year, at the time claiming the title of world’s largest solar farm. The 2,400-acre facility has a 290-MW capacity, enough to power 230,000 homes at peak loads. The farm was built with a $967-million loan guarantee from the US Department of Energy, along with equity from the two co-owners, NRG Energy and MidAmerican Solar – the energy fund owned by Warren Buffett’s Berkshire Hathaway.

6. Setouchi, Japan. GE, Kuni Umi Asset Management, Toyo Engineering Corp. Capacity: 231 MW. The huge solar farm in Okayama prefecture started construction last November and is expected to cost $1.1 billion. The consortium received $867 million in loans from Japanese banks and is the largest amount of debt ever raised in Japan for a clean power project. Once completed, the facility, built on a former salt field, will sell power to Chugoku Electric Power Company under a 20-year power purchase agreement.

7. Nzema Solar Park, Ghana. Mere Power Nzema Limited (MPNL). Capacity: 155 MW. Currently under construction, the Nzema solar farm will contain about 630,000 PV panels, making it the sixth largest in the world, according to PennEnergy. The 155-MW plant will tap into a power transmission line running alongside it, connecting Ghana to Ivory Coast, Togo, Benin and Nigeria. 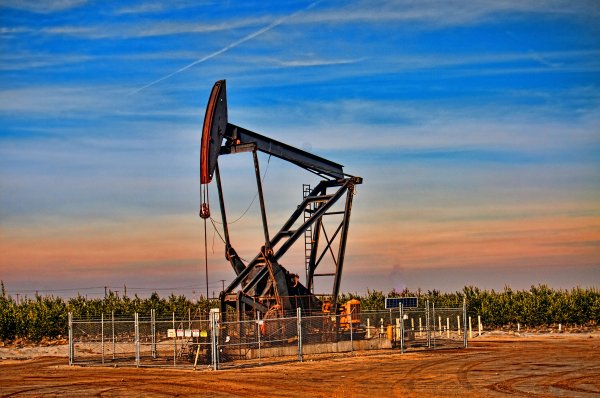 Oil Prices Remain Most Volatile Since 2009
Next Up: Editor's Pick