Local officials in Alabama began issuing marriage licenses for same-sex couples Monday, after the state’s top judge set up a high-stakes legal showdown with a federal court when he ordered local judges not to comply with a ruling legalizing gay marriage in the state.

“Effective immediately, no Probate Judge of the State of Alabama nor any agent or employee of any Alabama Probate Judge shall issue or recognize a marriage license that is inconsistent with [state law],”Alabama Supreme Court Chief Justice Roy S. Moore said in an order. He explained his move as “necessary for the orderly administration of justice within the state.”

MORE: Gay Marriage and the Law of the Land

Moore wrote that his order protects both the U.S. and Alabama constitutions. But the move, a dramatic challenge to the authority of the federal judiciary, drew quick condemnation in legal circles. Federal courts supersede state courts and Moore lacks the authority to disregard a federal court decision, they said.

His move also drew comparison the state’s attempts to avoid implementing federal court decisions during the civil rights era. Then-Gov. George Wallace made a similar states’ rights argument when he famously tried to block the implementation of a federal order to integrate the University of Alabama in 1963. 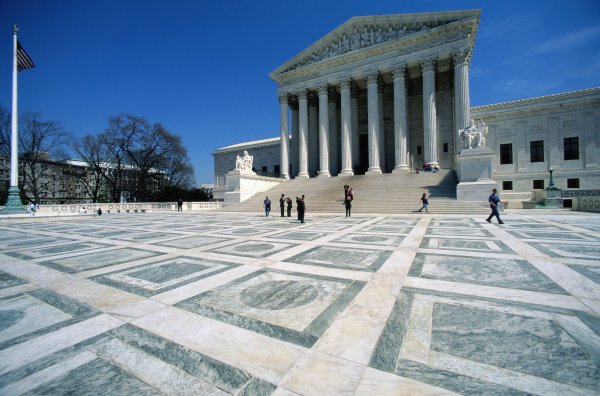