Prince Charles has spent much of his adult life feeling he can’t win. He’s often criticized for doing too much, “meddling” in issues of the day, yet his opponents are just as apt to accuse him of doing nothing useful at all. On Tuesday these apparently contradictory responses to the heir to the throne of the United Kingdom will crackle across the headlines and flare into scornful tweets and posts as he arrives in Saudi Arabia on a trip that has already taken in Jordan, moved on to Kuwait and will also include Qatar and the United Arab Emirates. His frequent sojourns in the Middle East rarely fail to spark controversy, and his visit to Saudi Arabia could scarcely come at a more delicate time.

The Kingdom, unlike his own, is grappling with the upheaval caused by the transition from a long-reigning monarch to a newcomer. King Salman has succeeded to the throne vacated by the Jan. 23 death of his older half-brother King Abdullah and is already rolling back some of the cautious reforms Abdullah implemented. The nation also sits at the center of the interlocking crises gripping the Middle East. It is both a wellspring of jihadism and a crucial bulwark against the march of Islamic State in Iraq and Syria and other militant groups. But it is Saudi Arabia’s record on human rights and freedoms that is likely to play loudest for the Prince. Two cases, in particular, are causing outrage: Raif Badawi, a Saudi blogger, who has been sentenced to 10 years in prison and 1,000 lashes for championing free speech in postings such as these, and Loujain al-Hathloul and Maysa al-Amoudi, two women sitting in Saudi jails, originally detained for the offense under Saudi law of driving a car despite the accident of birth that made them female.

A similarly random accident of birth gives Prince Charles a platform and an influence among the upper tiers of the Saudi establishment. Royals feel comfortable with royals. Yet that’s not the only reason the Prince has become, in the words of an official from Britain’s Foreign and Commonwealth Office, “a huge asset” to British diplomacy in Saudi Arabia and other Gulf states. He has assiduously been building on that innate advantage since 1993, when he delivered a speech just before embarking on a trip to Saudi Arabia. His words — startling at the time in their acknowledgment of Christianity’s own muddy history and his call for closer ties between Islam and the West — established his status as a friend of Islam; elsewhere it sowed silly rumors that still flourish in corners of the Internet, holding him to be a secret Muslim.

He has continued to reprise some of the themes of that first speech, most recently in a BBC interview just before his current travels during which he did his best to argue for religious faith as a unifying force rather than a divisive one. That view is pretty hard to marry up with the violent fractures in the region he is now touring, but it is to him an article of his own faith. That faith, despite the rumors, is Church of England Anglicanism but the Prince also believes in the common roots of religion and the interconnectedness of much more besides. “Islam — like Buddhism and Hinduism — refuses to separate man and nature, religion and science, mind and matter, and has preserved a metaphysical and unified view of ourselves and the world around us,” he told his audience in his 1993 speech on Islam.

For all these reasons, his Saudi hosts will treat him with the highest respect when he comes calling. That may well mean more photo opportunities that rebound against him, such as his participation last year in a traditional sword dance that inspired predictably scathing responses on social media

What is far less certain is that he will be able to intervene successfully on behalf of Badawi, al-Hathloul or al-Amoudi, though he is likely to use his high-level meetings to communicate the anxiety of Her Majesty’s Government about their plight. He will also raise concerns about the suffering of Christian communities in the Middle East, as he has done before and with increasing urgency as the turmoil in the region has deepened. He may have the ear of Saudi royalty but little or no sway over the country’s judiciary or its religious leaders, who operate in uneasy and fragile balance with the Saudi monarchy but are not under its control.

The imagery from his trip will not reflect these realities, producing instead a series of vignettes of a monarch-in-waiting cosying up to fellow royals, lending support rather than issuing challenges to the harsh regime. The role the Prince has carved out for himself in the region relies on him wielding such influence as he does have in private.

Catherine Mayer’s biography, Born to Be King: Prince Charles on Planet Windsor, is published in the U.S. on Feb. 17 by Henry Holt. 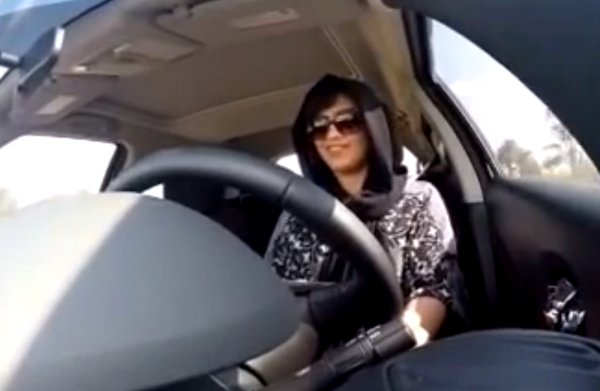