Kanye West and Taylor Swift Reunited at the Grammys

It looks like Kanye West and Taylor Swift are finally friends. West infamously crashed Swift’s acceptance speech at the MTV VMAs in 2009: “Yo, Taylor, I’m really happy for you, I’m [going to] let you finish — but Beyoncé had one of the best videos of all time,” Kanye said.

With a few years’ distance, though, West seems to have developed a sense of humor about the incident. He almost stormed the stage again at the Grammys on Sunday night, but this time, it was a joke. (Hopefully.)

Moreover, West and Swift were photographed together at the Grammys, suggesting that six years later, the two have settled their differences. After all, Swift has since learned to shake it off.

Read Next: Kanye West Almost Crashed the Stage Again at the Grammy Awards 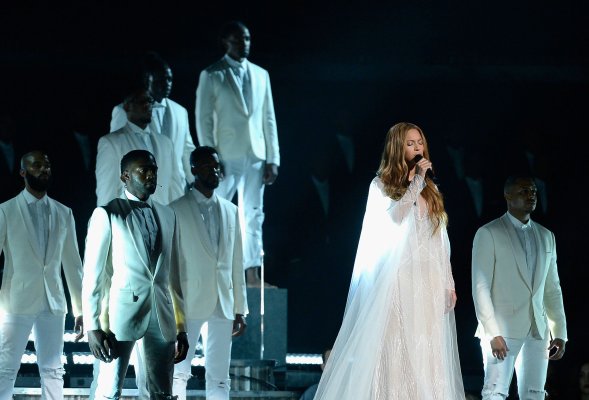 Watch Beyoncé Perform a Stunning Gospel Song at the 2015 Grammys
Next Up: Editor's Pick