Shia LaBeouf’s introduction of Sia at the Grammys was odd, to say the least. Before the mysterious singer performed “Chandelier” at the awards show, LaBeouf read a poem. “Punch me if I stop crying,” he said, ending the poem “Love, Eric” with no hint as to who Eric is.

LaBeouf, 28, recently starred with Maddie Ziegler, 12, in Sia’s controversial “Elastic Hearts” video. Critics said placing a 20-something actor alongside a tween in nude leotards was inappropriate. The artist apologized for the sexual overtones of the video shortly after it premiered. 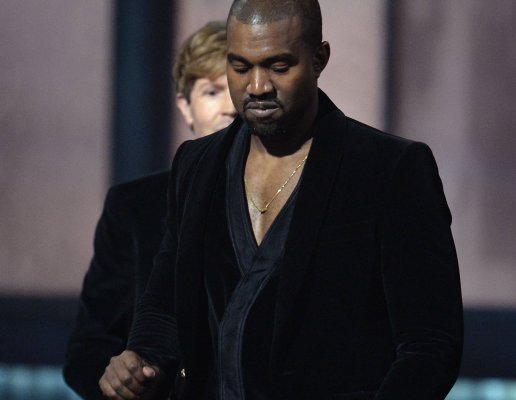 Kanye West Almost Crashed the Stage Again at the Grammy Awards
Next Up: Editor's Pick