Netflix is already bringing comic book stories to its streaming service, but the company may also be looking to introduce video game tales to its subscribers as well.

The Wall Street Journal reports that Netflix is in the early stages of development on a live-action series based on Nintendo’s long-running franchise, The Legend of Zelda. WSJ cites a source familiar with the project, stating that Netflix is currently looking for writers for the show, and that the project is being compared to Game of Thrones.

A representative for Netflix declined to comment on the report.

The original The Legend of Zelda debuted in Japan in 1986, and has become one of Nintendo’s most commercially and critically revered franchises. Nintendo is currently developing a Zelda game for its current home console, Wii U, while a remake of the Nintendo 64 title, The Legend of Zelda: Majora’s Mask, will release this month for the Nintendo 3DS.

Nintendo likes to keep its own franchises squarely within the control of Nintendo, so this report comes as somewhat—OK, total—surprise. The last big live-action attempt made outside of Nintendo with one of the game company’s properties was the 1993 Super Mario Bros. film, which lives on in infamy as a bizarre and disappointing adaptation. Nintendo has shown reticence to turn its properties into films or TV shows since. An animated The Legend of Zelda series did air for 13 episodes in 1989, however—if anyone has said “Excuse me, princess,” to you, that show is the source.

The Zelda game series also has a unique setup for its story, as almost every game tells the story of a new character, often named Link, saving a new princess Zelda. Nintendo only recently released a timeline that put the stories in a chronological order, but each game’s story still often acts independent of the others. Presumably the series would tell the story of a young boy in a green tunic venturing out to save a princess, but Netflix would have dozens of art styles and variations of setting and story to choose from when creating their specific adaptation.

If it’s true, the series would be a huge step forward for Nintendo’s franchises crossing over into other mediums. There’s the issue that Link never really speaks in the games to overcome, but other than that, Zelda is perhaps the most accessible and easiest mainstay Nintendo franchise to adapt into a film or TV show, especially with the increase in fantasy-style shows like Game of Thrones and Outlander.

And if the rumored project never sees the light of day? Well, then Nintendo fans will still have to wait for whatever the Wii U version of Zelda offers.

Representatives for Nintendo did not immediately respond to a request for comment. 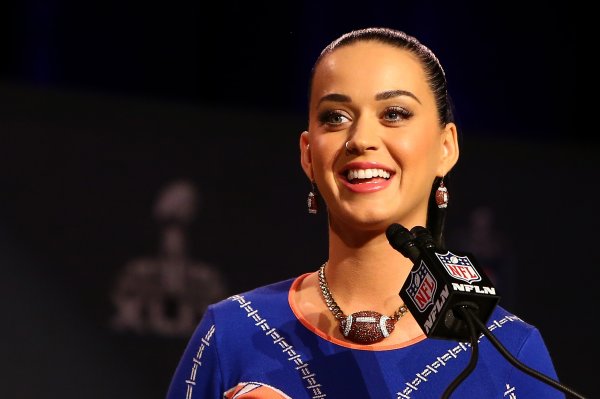 Katy Perry Is About to Get Her Own Mobile Game
Next Up: Editor's Pick