Ten years ago, Britney Spears was finally able to call herself a Grammy-winning superstar when her danger-courting pop stunner “Toxic” won the best dance recording trophy at the 2005 Grammys. Before that evening, Spears had gone 0-for-6 at the Grammys; since that evening, Spears has only been nominated once more, and lost that one, too. One decade after her lone win, Spears is sporting a Grammys batting average of .125, and won’t be able to make up any ground at the 2015 ceremony.

Looking back on Spears’ Grammy nominations, how many of those seven losses did the 33-year-old deserve to win? With the help of 20-20 hindsight and some objectivity-ney, let’s dive into all of Britney’s unsuccessful Grammy bids, and see which nominations should have had the pop icon feeling victorious by the end of the ceremony:

Was Britney Robbed? Probably not. If Gray, a one-hit wonder, had snagged the first best new artist award of the 2000s and trumped a loaded list of nominees, then there would be reason to complain; Tedeschi and Kid Rock have each enjoyed long, fruitful careers, and would have been fine winners in another year. No matter which side you were on when “…Baby One More Time” and “Genie in a Bottle” constructed the Britney vs. Christina pop showdown, both artists have enjoyed long roller coaster rides in the spotlight, and it’s hard to fault the Grammys for giving this award to the female sensation with the showier set of pipes. If the voting committee wasn’t going to pick Britney in this category, they at least selected an artist with just as impressive a mainstream career.

Was Britney Robbed? Maybe. Out of the five nominees, McLachlan’s live rendition of “I Will Remember You” is the most conventional track, a soft-rock ballad that was understandably irresistible to older Grammy voters. Spears, Aguilera or Madonna could have deservingly walked away with this award, and deciding between the vocal performance of the slickly produced ache of “…Baby One More Time” and the melisma-packed crooning of “Genie in a Bottle” depends on personal preference more than anything. In a perfect world, Aguilera and Spears would have split the best new artist and best female pop vocal performance awards in 2000, leaving Christina with the bigger award but “…Baby One More Time” with the pop category win.

Was Britney Robbed? Nope. While “Oops!… I Did It Again” is another one of Britney’s most durable early hits, the song is certainly not a strong vocal showcase — if anything, Max Martin and Rami’s bubblegum production and hook-filled songwriting generates most of the mega-hit’s power. And although Macy Gray’s never recovered from the expectation of following up “I Try,” only the most cold-hearted Macy hater would deny the jubilant vocal take at the center of that song. Listen to her jazzy rasp become a world-hugging screech over the course of the song’s four minutes! The correct song won this award.

Was Britney Robbed? Most likely. The dominance of Steely Dan’s Two Against Nature at the 2001 Grammys ceremony is as baffling today as it was 14 years ago — the Dan somehow won album of the year over Radiohead‘s Kid A and Eminem‘s The Marshall Mathers LP! Two Against Nature also somehow snagged the best pop vocal album over hits-packed collections from *N SYNC, Madonna and Spears, the latter of whom dropped an impressively crafted collection of dance-pop and post-teen balladry on her sophomore effort. No Strings Attached and Oops! are both early 00’s teenybopper staples, and either one deserved to topple the warm-soda jazz-rock of Steely Dan.

Was Britney Robbed? Not this time. “Overprotected” is a totally passable pop-rock bid on 2001’s Britney, but doesn’t distinguish itself from the album’s stronger singles (“I’m a Slave 4 U,” “Boys”), let alone a particularly formidable group of female pop tracks in this category. The 2003 Grammys were defined by a Norah Jones smash-and-grab thanks to her gentle jazz-pop smash “Don’t Know Why”; even if that soothing song isn’t one’s cup of chamomile tea, Avril Lavigne’s “Complicated” and P!nk’s “Get The Party Started” featured more endearing pop performances than “Overprotected.”

Was Britney Robbed? Definitely. The transition to adulthood that followed Spears’ more kid-friendly first pair of albums — swiveling between potent club tracks designed by the Neptunes, the snappy pop of Max Martin and stuttering R&B efforts from Rodney Jerkins — was the most striking option in this category. Jones’ Come Away With Me, which also won the album of the year trophy in 2003, steamrolled its competition in eight categories, and produced wins in all four major categories that evening (“Don’t Know Why” songwriter Jesse Harris won song of the year). No matter what album went against Come Away With Me in the pop vocal album category that year, it was probably going to lose… but that doesn’t mean that Jones deserved every single accolade in hindsight. More than any other Grammys loss, this one should sting for Britney fans.

Was Britney Robbed? No way. Only the most diehard Spears supporter would argue that “Womanizer” was a more dynamic dance single than Lady Gaga’s “Poker Face,” which can still pack a dance floor in a hurry more than a half-decade after its chart run. “Womanizer” represented another compelling synth-pop hit from Spears’ Circus release, but did not cause the seismic cultural influence of Gaga’s follow-up to “Just Dance,” which was nominated in the best dance recording category one year earlier. Britney vs. Gaga debates will be played out in online comments sections for years to come, but this showdown had an indisputable victor.

Was Britney Robbed? Absolutely — and she wasn’t even nominated. We could run through all of Spears’ singles and albums that could have potentially been nominated for Grammys but were left out in the cold, but the worst crime committed against Britney by the institution was failing to include the 2011 single “Til The World Ends” in the best dance recording category. The second single from Femme Fatale represents Spears’ most undeniable hit of the 2010s, an apocalyptic electro-pop alarm that hit No. 1 on Billboard’s Dance Club Songs chart. Songs like “Scary Monsters and Nice Sprites,” “Call Your Girlfriend” and “Barbra Streisand” were deserving nominees in that year’s category, but “Till The World Ends” overpowers all six of these songs, and should have helped Spears capture her second career Grammy. 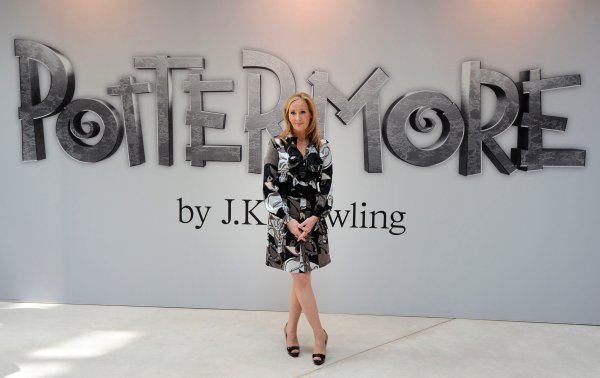