The Apple Watch Just Got a Huge New Competitor

The logo of Swiss watchmaker Swatch is seen on the door of a Swatch watches shop in Strasbourg on March 12, 2009.
Vincent Kessler—Reuters
By Jack Linshi

Swatch plans to release its own smartwatch within the next three months, which means its launch may be around the time of Apple Watch’s April debut, CEO Nick Hayek told Bloomberg on Thursday. Unlike the Apple Watch, Swatch’s smartwatch won’t have to be charged, Hayek said. Swatch’s gadget will also use near-field communication — the technology Apple uses for Apple Pay — and will work with Windows and Android software.

Swatch previously entered the smartwatch market in 2004, when it partnered with Microsoft and MSN to release a device called Paparazzi. 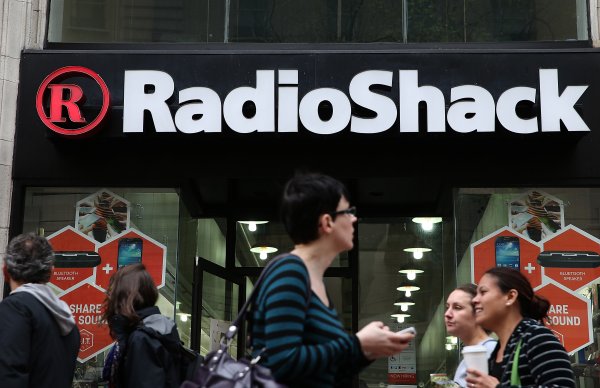 Could Amazon Set Up Shop in RadioShack Stores?
Next Up: Editor's Pick