Katy Perry’s lawyers have issued a cease-and-desist demand to a man selling 3D-printed models of Left Shark from the singer’s Super Bowl half time show.

The back-up dancer dressed in a shark costume performed alongside Katy Perry during the show and became an Internet sensation for his awkward and uncoordinated dancing.

Shortly after the Super Bowl, Orlando resident Fernando Sosa, who mostly produces models of politicians and world leaders, began selling the shark model on the website Shapeways for $24.99, reports CNN.

On Wednesday, the website was served a cease-and-desist letter from Perry’s lawyers demanding the Left Shark product be removed.

“It looks like dictators and world leaders like Putin and Kim Jong Un or Chris Christie are much easier to deal with,” said Sosa. 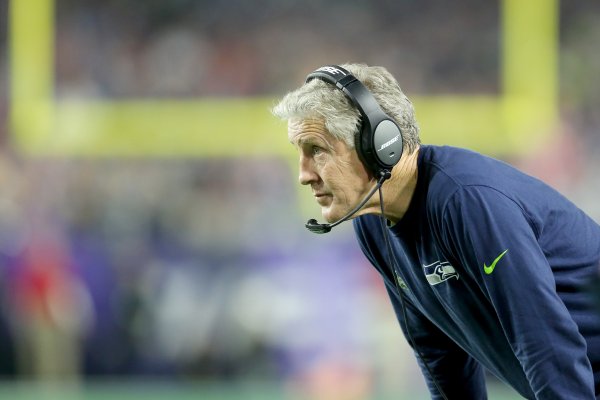 Family Blames Seahawks for Dad's Death
Next Up: Editor's Pick