Wedding traditions may have relaxed in recent decades, but one thing stays the same: the bride wears white. Sure, there are plenty of options out there for the iconoclasts among us. But as of last year, colored gowns accounted for only 4 to 5% of sales at popular retailer David’s Bridal.

Like any number of traditions, the white wedding dress comes to us straight from the Victorian era—in fact, from Queen Victoria herself, who was married to Prince Albert of Saxe-Coburg and Gotha on this day, Feb. 10, 175 years ago. Yet when she chose white silk-satin for her wedding, the choice was almost as iconoclastic as it would have been for Catherine Middleton to walk down the aisle in scarlet.

Red was in fact a very popular color for brides in Victoria’s day, but the young queen broke with the status quo and insisted on a lacy white gown. Members of the court thought it much too restrained in color, and were mystified that she eschewed ermine and even a crown, opting instead for a simple orange blossom wreath.

Victoria was not the first royal to choose white for her nuptials—several others, including Mary Queen of Scots in 1558, preceded her—but she is the one widely credited with changing the norm. Just a few years after her wedding, a popular lady’s monthly called white “the most fitting hue” for a bride, “an emblem of the purity and innocence of girlhood, and the unsullied heart she now yields to the chosen one.”

Alongside purity and simplicity, Victoria’s gown telegraphed two other important values. She supported domestic commerce by using only British-made materials (a tradition repeated, partially, by Catherine Middleton), and she showed economy by keeping pieces of her dress in her wardrobe for years to come (as most of her contemporaries would have done as well, often simply wearing their best dress on their wedding day, no matter the color or style). Victoria repurposed the lace from her dress again and again, even resurrecting it for her Diamond Jubilee 56 years later.

Today’s brides may not share this thriftiness, but they do take after Victoria in style. With its fitted bodice and full, floor-length skirt, the typical contemporary wedding gown looks a lot more like Victoria’s dress than it does like anything else in the bride’s wardrobe.

Could a modern-day celebrity set such a lasting precedent for bridal fashion? It’s possible, but hard to imagine where such influence would come from. Even Madonna wore white to both of her weddings. 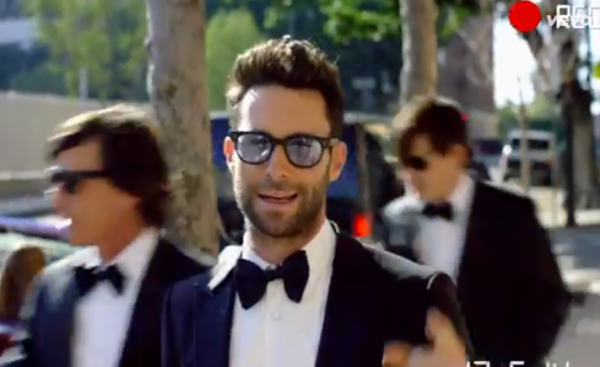 Maroon 5 Can't Stop Crashing Weddings In This New Video
Next Up: Editor's Pick