These Are the 9 Cars That Disappeared in 2014

Last year was extremely good for the American car industry. Sales of light vehicles rose by 5.9% to more than 16.5 million on the back of low gas prices, consumer-friendly interest rates, and an improving domestic economy.

Yet, for some models, 2014 was not a banner year. Instead, these nine models were discontinued in 2014. Four of these models were manufactured by one of Honda Motor Company’s brands, Acura or Honda. Other brands that cut at least one model from their lineups were Fiat Chrysler Automobiles Chrysler, Dodge Nissan, Scion, and Toyota.

For the most part, the discontinued models were hardly big names. As of 2013 — the last time that these now discontinued cars were updated for the newest model year — only one sold more than 25,000 vehicles. By comparison, top-selling car models such as the Toyota Camry usually record annual totals well into the hundreds of thousands. Four of the nine models on the discontinued car list recorded less than 10,000 cars sold in 2013.

In some cases, cars were discontinued by their manufacturer in order to promote a more focused lineup of cars and eliminate cannibalization of sales. According to Michael Cooperman, director of communications for TrueCar, “product strategy has dictated a lot of the changes.” He cited the Acura TL and TSX as examples, which were both phased out to make way for the new TLX. The Dodge Avenger was also eliminated by Dodge’s parent company, Fiat Chrysler Automobiles, in an effort to consolidate its critical midsize sedan offerings into a single model, the redesigned Chrysler 200. Cooperman added that the 200 was a better product, and thus more competitive, in the midsize segment.

In some instances, the discontinued cars were only ever a niche product. The Toyota FJ Cruiser, for example, was intended to appeal to drivers who enjoy off-roading and featured a unique retro look. The Nissan Cube, too, was meant to evoke a lounge atmosphere, according to the company’s own press materials, and it featured odd design features such as an asymmetric back window.

Two hybrids were also discontinued in 2014, the Honda Insight and Acura ILX Hybrid. Of these cars, Cooperman added, “engine technology has become so good that the difference between the fuel economy you can get from a regular engine versus what you can get from a hybrid isn’t that [large].” He added that this was cutting into the longer-term savings from choosing a hybrid over a conventional car.

Based on information provided by auto industry information company TrueCar, 24/7 Wall St. reviewed nine cars discontinued following the 2014 model year. Cars had to have at least 1,000 sales in 2013 — the last calendar year in which their manufacturers updated the car. Starting manufacturer’s suggested retail prices (MSRPs) are from company websites as well as from Edmunds.com. Sales figures are provided for both 2013 and 2014 and come from TrueCar as well as from individual manufacturers’ websites. To be considered, a car had to represent a standalone model or be sufficiently differentiated from other trims available. For example, we chose to include the Chrysler 200 convertible, which was discontinued, but not the BMW 3-Series convertible, which was effectively redesigned and renamed as the 4-Series convertible.

Here are nine cars that disappeared in 2014.

Last year marked the final year for the Dodge Avenger, the single most popular vehicle by sales to be discontinued in 2014. The fact that Fiat Chrysler Automobiles was phasing out the Avenger was hardly a surprise — the move had been prearranged years in advance. The decision to cut the model, which had total sales of 93,842 units in 2013, could prove to be prudent. In discontinuing the Avenger, the carmaker has been able to focus on promoting the redesigned Chrysler 200, concentrating its offerings into a single, more competitive vehicle in the critical mid-size sedan market.

The Acura TL is one of two models the carmaker is phasing out as it consolidates its sedan offerings. Sales of the TL were not especially bad in 2013, when Acura sold more than 24,000 units. However, following the introduction of the TLX, the model that is replacing the TL, sales dropped to just 10,616 units in 2014. In December, with the TL about to disappear for good, Acura dealers sold just 76 units. Acura says on its website of the now-retired TL: “While you won’t see them in showrooms any longer, you will see them on the road for many years to come.”

The TSX is the second Acura model being replaced by the TLX. Karl Brauer, automotive analyst and editor at Kelley Blue Book, wrote in Forbes last year, “[A]fter nearly a decade of sedan duds Acura desperately needs the TLX to succeed.” The TSX was hardly a strong seller before being phased out. Sales totaled 17,484 units in 2013 before dropping 64% last year. In December, TSX sales totaled just 17 vehicles.

Toyota is the world’s largest automaker by sales. It also makes a number of the nation’s most popular cars, including the Camry, Corolla, and RAV4. The FJ Cruiser, however, was not among the company’s top sellers. The model, which the company says “was developed as a basic, capable and affordable off-roader aimed specifically at serious off-roaders looking to push the limits,” featured a retro look inspired by the company’s Land Cruiser FJ40, a 1960s model. However, the FJ Cruiser was something of a niche product, selling less than 15,000 vehicles in 2014.

When Chrysler released its 200 for the 2015 model year, it chose to discontinue the model’s convertible version to focus on the 200 sedan. The Chrysler 200 represents Fiat Chrysler Automobiles’ major push into the highly competitive — and lucrative — mid-size car segment. However, sales of the 200 stumbled in 2014, falling 4% to 117,363 vehicles. The model still has a way to go to catch up to the segment’s biggest players: Last year, Toyota sold more than 428,000 Camrys and Honda Accord sales topped 388,000 units. 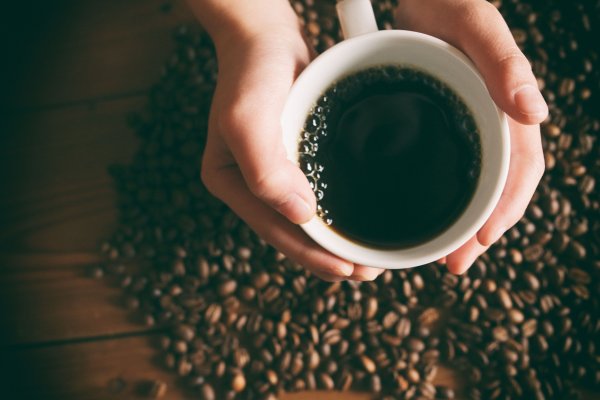 Global Coffee Intake Projected to Rise
Next Up: Editor's Pick