A New York court is poised to rule on whether secret transcripts from the grand jury that decided not to indict a police officer involved in the death of Eric Garner in December should be made public.

Judge William Garnett began hearing arguments Thursday in the case brought by the New York Civil Liberties Union which, along with the Legal Aid Society and New York City Public Advocate Letitia James, is attempting to disclose evidence and instructions given to the grand jury that chose not to formally charge NYPD officer Daniel Pantaleo in Garner’s death.

MORE: Behind the Video of Eric Garner’s Deadly Confrontation With Police

Pantaleo, a white officer, placed the 43-year-old black Staten Island man in a chokehold in July that led to Garner’s death. The incident was caught on camera by a bystander and set off a series of protests in New York over police use of force.

Information involved in grand jury proceedings is generally kept secret, but the NYCLU said that the reaction to the grand jury’s decision warranted the transcripts’ release. 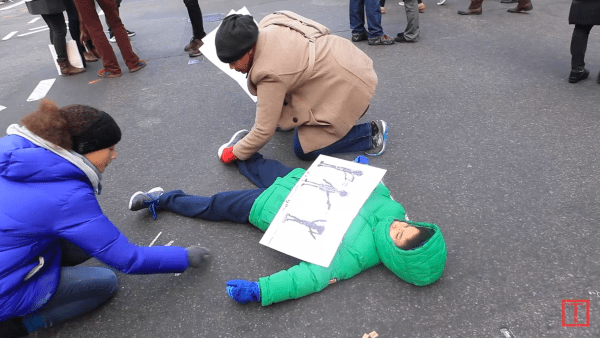