Twitter is a haven for conversationalists, but it’s been a disappointment to Wall Street. The company lost $175 million in the third quarter of 2014, despite more than doubling its revenue. Some investors have called for the ouster of CEO Dick Costello, blaming him for a lax company culture and tepid user growth. Twitter will announce its full-year earnings on Thursday afternoon (EST), and analysts are forecasting another quarter of losses. If earnings and user growth continue to disappoint, Twitter may come under real pressure.

Hence a flurry of announcements and advancements to Twitter, which may be intended to provide some good news before the bad. In the weeks preceding earnings, the social media company seems to have given its boosters plenty of ammunition to choose from should it need their defending. (Spaghetti, meet Wall.)

In the weeks ahead of Thursday’s earnings announcement, Costello introduced a bevy of shiny new features. Everything power users might have thought was missing from Twitter—group direct messaging, real-time video uploads, a missed tweet function—is being added. But one of the most significant new announcements—and the one most likely to please investors—is Twitter’s plan to sell ads outside of its own platform. The initiative will allow Twitter to profit outside of its core base of users through deals with the likes of news-reading app Flipboard and Internet portal Yahoo Japan. Another savvy deal reported this week will allow Google to access Twitter’s stream of data, allowing tweets to be featured more prominently in Google results and driving traffic to Twitter.

Some new features that have been added or that are still on their way include a feature that allows users to see a selection of tweets that they may have missed “while you were away,” as the heading says. Another feature shows new users an “instant timeline” to get them acclimated to the website more quickly. And in an effort to catch up with more developed messaging apps like WhatsApp and Facebook, Twitter has rolled out group direct messaging.

There’s no doubt that Twitter still holds a broad appeal. But whether all this will convince investors to invest and Internet users to sign up with the service remains to be seen. “I’m in wait-and-see mode because I want to see whether or not and how quickly these product enhancements have an impact,” Anthony DiClemente, an analyst at Nomura, summed it up the Wall Street Journal. 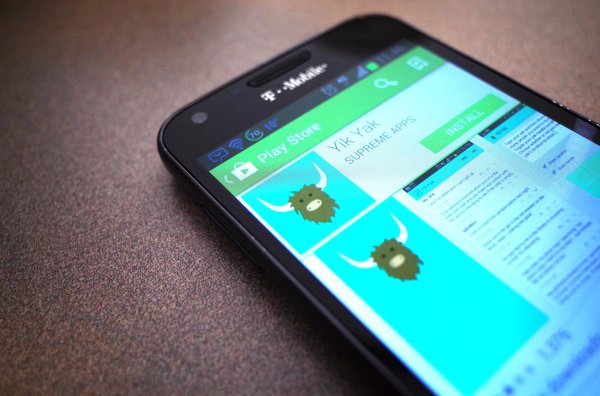 You Asked: What Is Yik Yak?
Next Up: Editor's Pick