Happy About Net Neutrality? Why You Might Want to Thank Verizon

To the millions of Americans who wrote passionate letters to the Federal Communications Commission last year arguing that it should ensure the Internet isn’t divided into “fast lanes” and “slow lanes,” Verizon is the enemy. Or one of the enemies, at least.

Cable and telecom companies have been one of the biggest forces aligned against the web’s grassroots in the battle over how the FCC should regulate Internet traffic.

But after the FCC promised this week to use the strongest possible tools to protect “net neutrality,” those passionate letter writers may want to take a moment to quietly thank—wait for it—Verizon.

As it turns out, a long-ago strategic misstep by the telecom company set the FCC on the path to this week’s historic decision—one it might have avoided if Verizon had not done what it did.

Here’s how it went down. Four years ago, in 2011, the FCC proposed a set of net neutrality rules that were, in retrospect, pretty industry-friendly.

They stipulated that Internet service providers (ISPs) couldn’t do things like block, throttle, or reduce the quality of certain data passing over the last mile of their networks. But they left wide open the possibility that ISPs could charge certain web companies a premium fee—known as a “paid prioritization agreement” or an Internet “fast lane”—for special treatment on the backend of an ISP’s network. In other words, according to those old rules, it was perfectly legal for Comcast to charge Netflix to deliver Netflix videos to Comcast customers more quickly. (The rules said that the FCC would monitor paid prioritization agreements to make sure they were “reasonable,” but what exactly “reasonable” meant in that context was never clear.)

The cable and telecom industry responded to those old rules in two different ways.

Comcast, for its part, was in favor of them. That’s perhaps because it was, at the time, working hard to persuade the Department of Justice to approve its enormous, unprecedented merger with NBC Universal. Lawmakers and government officials had expressed concern over the fact the biggest cable and broadband Internet provider in the country was about to own one of the biggest TV producers in the country, and Comcast was doing everything it could to convince them that there was nothing to worry about. To underscore its point, Comcast embraced the FCC’s rules, running TV and newspaper ads in celebration of net neutrality, and promised to adhere by them, no matter what, for eight years.

Meanwhile, others in the industry—ahem, Verizon—were less enthused. They thought the FCC’s rules were unfair and overly burdensome, and so decided to sue the Commission in an effort to get them overturned. Verizon’s argument centered on a tiny, but powerful, detail buried in the annals of administrative law: the FCC, Verizon’s lawyers argued, did not have the statutory authority to regulate broadband Internet because it classified broadband Internet as a “information service” rather than a “telecommunications service.”

In January 2014, a federal appeals court judge sided with Verizon. It was true, the judge wrote, that the FCC didn’t currently have statutory authority to regulate broadband Internet. But, he added, it could get that authority really easily: all it had to do was vote to reclassify broadband Internet as a “telecommunication service.” Simple as that. The legal instructions were clear.

But it didn’t happen right away. Some have suggested that’s perhaps because FCC Chairman Tom Wheeler, a businessman and a former telecom lobbyist, wasn’t particularly comfortable with the idea of reclassifying broadband, although he left the option on the table. One problem was that the move would give the FCC many more regulatory powers than it actually needed to protect net neutrality. (For example, reclassifying broadband as a “telecommunication service” technically gives the FCC the power to control how much ISPs can charge customers. The FCC wouldn’t be required to use that power—and Wheeler has promised repeatedly that it won’t—but it could.)

Eventually, over the course of last year, the politics became non-negotiable. In August, a record-breaking four million people wrote into the FCC, the vast majority of whom complained about the Commission’s proposed net neutrality rules and demanded that they be strengthened. In November, President Obama, citing those millions of letters, called for the FCC to step up and reclassify broadband already.

And voilà. Here we are today.

But the drama’s not over quite yet. Companies like AT&T and Verizon have already all but promised to sue the FCC the moment it releases its next set of net neutrality rules, which it will vote on Feb. 26. What’s that mean exactly? We don’t know yet. In all likelihood, the cable and telecom industry will, as it did before, make an argument that hinges on some tiny, but powerful administrative detail. And with millions of dollars and thousands of lawyers at its disposal, it’s got a good shot of winning that case, too.

In other words, the epic war over net neutrality ain’t over yet. The Open Internet advocates haven’t won. But neither has the cable and telecom industry.

The real winners are the communications lawyers and lobbyists in Washington, D.C., who can expect lucrative employment from here to the horizon. Buckle up, folks, you’re about to get rich. 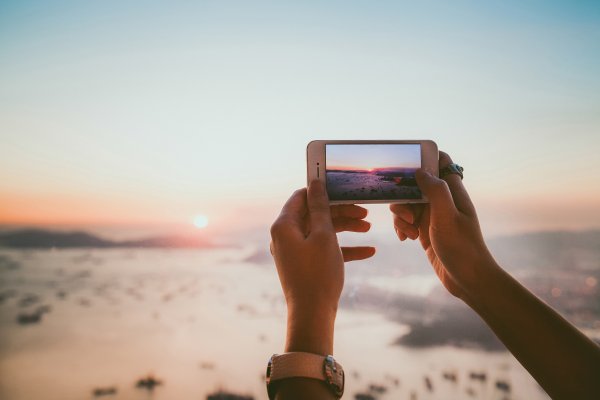 What Billions of Smartphone Photos Do to Your Memory
Next Up: Editor's Pick