Google and Facebook Have Already Solved Twitter's Trolling Problem for It

A sign is posted outside of the Twitter headquarters on July 29, 2014 in San Francisco, California.
Justin Sullivan—Getty Images
By Sam Frizell

Twitter CEO Dick Costolo said this week his company has to do more to combat the bullies—or trolls—that can make expressing an opinion on Twitter so disheartening. The renewed focus on trolling is intended to prevent users from throwing their hands up and quitting the service out of frustration or disgust.

In an internal memo obtained by The Verge, Costolo wrote to employees, “We suck at dealing with abuse and trolls on the platform and we’ve sucked at it for years. It’s no secret and the rest of the world talks about it every day. We lose core user after core user by not addressing simple trolling issues that they face every day.”

The problem isn’t unique to Twitter. Technology companies including Google, Facebook, Tumblr and others rely on a vast network of employees who work behind the scenes, scrubbing inappropriate and illicit content off search results and posts. Google spends millions of dollars wiping pictures of child sexual abuse from the Internet, and Facebook has a massive campus in the Philippines where workers scrub inappropriate content like nude photos or violent videos, Wired reported in a recent feature story. Tumblr screens hate speech, gory photos, and sexually explicit content.

As the Wired piece out it:

But Internet abuse has been a particular stumbling block for Twitter, which allows its users to post anonymously, unlike other social media like Facebook and LinkedIn that tie accounts to a person’s real-life identity. The company has said this freedom helps foster a special kind of speech, even encouraging civil disobedience under censorious regimes, during events such as the Arab Spring and mass protests in Turkey in 2013.

Anonymous Twitter handles also make it easier for users to harass one another. Robin Williams’ daughter, Zelda Williams left Twitter last August after receiving insulting images after her father’s suicide, and an op-ed by feminist writer Lindy West published in the Guardian highlighted the near-constant torment some face on the social media site.

At an address in Manhattan on Tuesday, Twitter’s product counsel Laura Pirri reaffirmed the company’s commitment to anonymity on Twitter. “We believe very strongly in the value of speaking anonymously,” said Pirri. “We’ve seen this with human rights activists and journalists speaking in countries where there may be oppressive government regimes… This is a very deliberate policy choice we’ve taken as a company.”

Short of requiring users to tweet under their real names, it’s unclear at this point exactly what the company will do to discourage trolls. Twitter improved its tools in December for reporting abuse and partnered with an advocacy group in November to investigate harassment against women. The company has in the past looked to expand its user-protection policies, and could improve its response time time to reports.

At Twitter, the stakes are high: the company’s growth has been slowed by some users ditching the service out of frustration, or reducing their activity. At the end of the third quarter Twitter had 284 million monthly active users, an increase of less than 5% from the second quarter. That compares with Facebook’s 1.35 billion monthly active users in the same period. Investors will be listening closely during Twitter’s earnings call on Thursday. 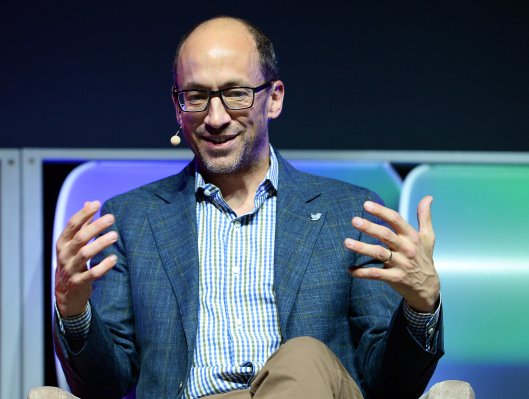 Twitter Is Pulling Out All the Stops to Wow People Ahead of Earnings
Next Up: Editor's Pick