That’s because Sports Illustrated was announcing Lawley’s appearance in the magazine’s highly anticipated swimsuit edition. And while Lawley’s bikini-clad figure seems like a natural fit, her inclusion is historic. As a U.S. size 12, she’s the curviest model to ever appear in the edition, and she’s doing it while wearing a bikini from her own swimwear line. (Although the bikini in the above photo is by Montce Swim.)

While a U.S. size 12 would typically qualify as plus-size in the fashion industry — even though the average American woman is a size 14 — Lawley doesn’t like to focus on labels.

“I don’t know if I consider myself as a plus-size model or not,” Lawley, who is represented by Wilhelmina Models, says. “I just consider myself a model because I’m trying to help women in general accept their bodies. ”

MJ Day, assistant managing editor of Sports Illustrated (which, like TIME, is owned by Time, Inc.), says Lawley had been on her radar for years and is being highlighted as a model rather than as a “plus size” model.

“She sort of embodies the classic SI girl — she’s interesting, she’s beautiful, she has an incredible body, and I felt that she would make a great addition to the issue,” Day says. “It was simple as that.”

This ethos is in line with the recent movement to integrate models of varying body types into commercial and high fashion campaigns. But even though Lawley has graced the cover of Vogue Italia and Cosmopolitan Australia, and shot ads for Ralph Lauren, Chantelle and Barneys, she didn’t think the swimsuit edition was a real possibility. (Although she did appear in a viral campaign last year in which plus-size swimwear line SwimsuitsForAll re-imagined SI swimsuit spreads with plus-size models. SwimsuitsForAll will have an ad in the new SI issue featuring size 16 Ashley Graham.)

“I never thought that this would happen to me, so this is a milestone,” says Lawley. “When I started my career 10 years ago, I had to painfully go to castings and people would look at you and say, ‘What the hell are you doing here?’… I want to be there for the regular girls who are my size.”

Lawley’s Facebook announcement that she (along with hundreds of other models) applied to be one of the 24 swimsuit models in the issue made made waves in social media, with many supporting the idea of a more representative body type appearing in the issue.

“To be totally honest, I am a size 12,” Day says. “I’m not saying I see myself in [Lawley] because my body doesn’t look as good as hers, but I knew that when I found the right person who could represent that, she would be in the issue.”

Former plus-size model Crystal Renn appeared in the 2012 issue when she was a smaller size.

When Lawley met with Day last year for a casting — wearing a bikini from her line — the model says, “I was told to stay healthy and exactly as I am.”

And it turns out that Lawley, now nine months pregnant, did the Jackson Hole shoot during her first trimester. “Now they know why I was sleeping so much of the time!”

Read next: See the LIFE Version of the Swimsuit Issue 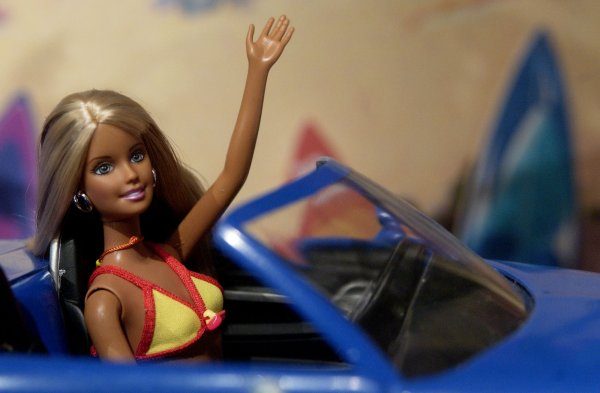 Time to Abandon Unrealistic Beauty Ideals
Next Up: Editor's Pick