Freed Journalist Peter Greste 'Ecstatic' to Be Back Home in Australia

Al-Jazeera journalist Peter Greste returned home to Brisbane, Australia, on Thursday, following his release on Sunday from an Egyptian prison.

Speaking to members of the media, Greste thanked his family and supporters who had been campaigning for his release during the 400 days he was behind bars, the Australian Broadcasting Company reports.

“I’ve dreamt about this so many times and the reality is nowhere near what I imagined it to be,” he said with a huge smile. “I really want to thank everyone who’s been involved with this campaign, who’s been supporting us.”

The 49-year-old then spoke about his two colleagues, Canadian-Egyptian Mohamed Fahmy and Egyptian national Baher Mohamed, who remain locked up in Egypt, saying, “We’ll see them out.”

The trio were sentenced to between seven and 10 years in prison for aiding the outlawed Muslim Brotherhood, charges they all vehemently deny.

After 13 months in an Egyptian prison, which he said felt like a “near-death experience,” Greste plans to spend time with his family before resuming his work as a correspondent. 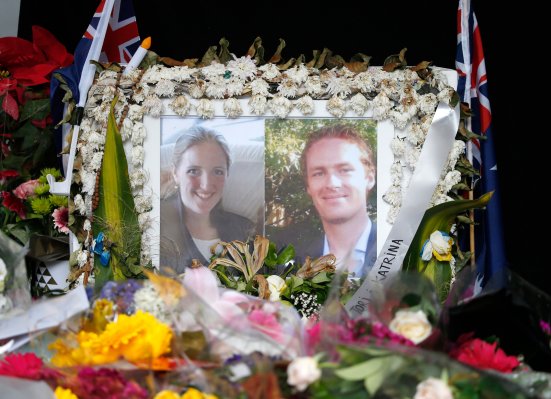