Brian Williams Recants Story About Being Shot Down in Iraq

NBC anchor Brian Williams apologized Wednesday for falsely claiming he was on a helicopter shot down in Iraq in 2003.

Williams said in a news segment last Friday that soldiers rescued his NBC News team after their helicopter was hit by an RPG. The anchor told the story as part of a public tribute to the soldier who allegedly saved their lives, whom Williams took to a hockey game at Madison Square Garden last week. During the game, a picture of the two was displayed on the Jumbotron as an announcer retold the story of the soldier saving Williams.

But an independent investigation by military newspaper Stars and Stripes suggested that Williams’ version of the story was untrue. Soldiers present at the event said that Williams was in a different helicopter an hour behind those that were shot down. “No, we never came under direct enemy fire to the aircraft,” said Sgt. Joseph Miller, a flight engineer on the helicopter carrying Williams.

“It was something personal for us that was kind of life-changing for me. I’ve know how lucky I was to survive it,” said Lance Reynolds, a flight engineer who did come under fire. “It felt like a personal experience that someone else wanted to participate in and didn’t deserve to participate in.”

Williams admitted his error later on Wednesday in a statement on air. “On this broadcast last week in an effort to honor and thank a veteran who protected me and so many others following a ground-fire incident in the desert during the Iraq War, I made a mistake in recalling the events of 12 years ago.” he said. “It didn’t take long to hear from some brave men and women in the air crews who were also in the desert.”

In fact, Williams’s original 2003 broadcast about the incident clearly stated that it was a helicopter in front of his own that was attacked.

Williams later responded to those service members who had highlighted on his mistake in a Facebook post. “You are absolutely right and I was wrong,” he wrote. “In fact, I spent much of the weekend thinking I’d gone crazy. I feel terrible about making this mistake.” 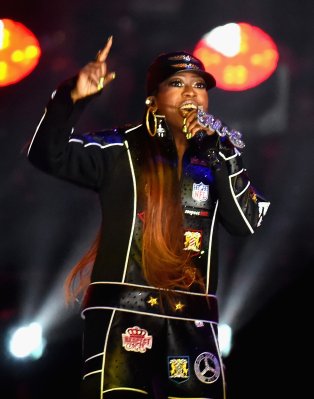 Everybody Streamed Missy Elliott Songs After the Super Bowl
Next Up: Editor's Pick