In this courtroom drawing, defendant Ross William Ulbricht listens to proceedings from the defense table during opening arguments in his criminal trial in New York on Jan. 13, 2015.
Elizabeth Williams—AP
By Sam Frizell

Ross Ulbricht, the website developer who controlled an online bazaar that offered drugs and illicit goods in return for Bitcoin, was found guilty on all charges by a jury in New York on Wednesday. He faces life in prison.

In 2011, Ulbricht founded the $1.2-billion empire dubbed “Silk Road,” and ran it until his capture by the FBI in October 2013. The website allowed people to anonymously purchase goods ranging from heroin to false identification, much of which was sent thousands of miles through regular mail. Ulbricht went by the nickname “Dread Pirate Roberts” while running the site.

Ulbricht’s defense claimed the 30-year-old Eagle Scout and physics student was framed by the real czar of the illicit website.

A jury took about three hours to find him guilty on all seven counts, Bloomberg reports, including trafficking drugs on the Internet, narcotics-trafficking conspiracy and running a continuing criminal enterprise. 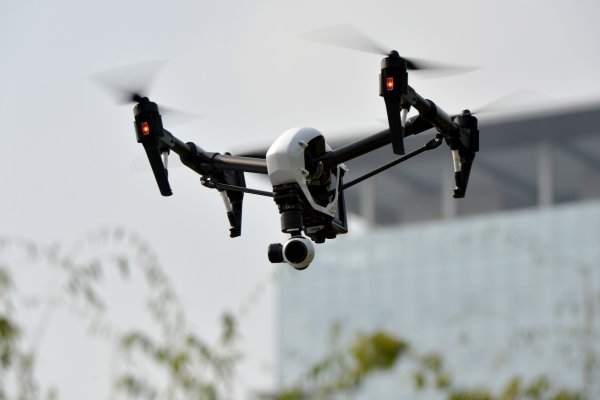 My Drone Landed in Someone's Yard—Is it Theirs Now?
Next Up: Editor's Pick