These Are the Best States to Grow Old In

The U.S. elderly population is growing rapidly. The number of Americans 65 and older grew from 35 million in 2000 to 41.4 million in 2011 and to an estimated 44.7 million in 2013. This trend is expected to continue as members of the baby boomer generation reach retirement age.

While it can be difficult to grow old in some U.S. states, life for seniors is often far worse in many other countries. Still, the United States will face increasingly large challenges. In the coming years, state officials, families, and individuals will need to pay more attention to the needs of the elderly — to improve medical care, access to services, infrastructure, or other amenities increasingly necessary late in life.

HelpAge International evaluates each year the social and economic well-being of elderly country residents in its Global AgeWatch Index. Last year, the United States was among the better places to grow old in the world, at eighth place. However, domestically, each state offers a very different quality of life for its older residents. Based on an independent analysis by 24/7 Wall St., which incorporated a range of income, health, labor, and environmental indicators, Utah is the best state in which to grow old, while Mississippi is the worst.

To be considered among the best states to grow old, senior citizens in the states had to have relatively strong income security, as measured by several indicators. While the national median income among families with a head of household 65 and older was $37,847 in 2013, comparable incomes in eight of the best states to grow old, for example, exceeded $40,000 in 2013. A typical elderly household in Hawaii led the nation in 2013 with a median income of $55,650.

Retirees often have fixed income, as they begin to tap into their savings and collect social security. Kate Bunting, CEO of AgeWatch USA, explained that, “It is really important for older people to have reliable access to a guaranteed income.” More than 90% of Americans 65 and older in the vast majority of all states received social security income in 2013. The average monthly social security benefit of $1,294, however, was likely not enough for many seniors.

As a result, many older Americans relied on non-social security income, such as withdrawals from 401Ks and savings as a supplement. In 2013, 47.9% of Americans 65 and older had such supplemental retirement incomes. More than 50% of older residents in four of the best states to grow old had such incomes. At stake, according to Bunting, is the elderly’s “ability to eat nutritious foods, which impacts their health, and their ability to access other critical services.”

With lower, and often fixed, incomes, elderly Americans are vulnerable financially. In addition, age often brings a host of health problems, causing greater reliance on medical and accessibility services. To determine how the states fare when it comes to health care, we examined health services and outcomes. In the best states, life expectancy was relatively high. In eight of the 10 states, it was at least 80 years.

A good education, which can lead to employment opportunities and higher incomes, is also an indication of well-being. While less than one-quarter of Americans 65 and older had at least a bachelor’s degree as of 2013, at least 28% of seniors in seven of the best states had attained such a level of education. More than 34% of Colorado’s elderly population were college-educated as of 2013, the highest rate nationwide.

As older people tend to be more vulnerable to criminals, the best states to grow old also needed to be relatively safe. In all of the 10 states, the violent crime in 2013 was less than 300 incidents per 100,000 people, all among the lower rates reviewed.

In addition, policies often shape the quality of life for a state’s elderly population. Smart Growth America rated state-level infrastructure policies and their effectiveness in serving all residents, including the elderly. While many states had not passed any such policies, a majority of the best states to grow old had done so in recent years. Bunting suggested that as the aging population grows, it will become increasingly “important that you have the right kinds of policies in place that help support a quality old age.” Adapting to these demographic patterns through age-friendly policy, Bunting continued, is “important and worthwhile to do, no matter what age you are.”

These are the best states to grow old.

Based on income, health, labor, and environmental indicators, Massachusetts is the 10th best state to grow old. In particular, Massachusetts’ elderly population has the benefit of an exceptionally strong health care system. In a state where the vast majority of residents were insured in 2013, less than 0.5% of elderly residents aged 65 and over were not, among the lowest rate in the country. Older Massachusetts residents are also relatively well educated. Nearly 30% had at least a bachelor’s degree as of 2013, one of the higher rates. Also, as in a majority of the best states to grow old, Massachusetts’ policies are rated favorably for considering the needs of seniors and other groups that require more services. In particular, state officials introduced a directive that would require all public transportation land use plans to include features necessary to offer greater access for people of all capabilities.

Less than 48% of America’s population 65 and older had some form of retirement income, excluding social security benefits. In Washington, nearly 53% of elderly residents had retirement incomes to supplement their social security benefits, one of the highest proportions among all states. In addition to relatively strong income security, seniors living in Washington rated their accessibility to services an 8.9 out of 10, better than how seniors rated their access in all other states. Older Washington residents were also well-educated compared to their peers in other states. Nearly 30% of people 65 and older in Washington had at least a bachelor’s degree as of 2013, one of the highest rates in the country. 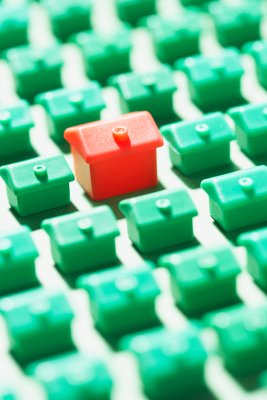 These Are the Cities With the Largest Homes
Next Up: Editor's Pick