A Comcast logo on the side of a vehicle in San Francisco on Feb. 13, 2014.
Robert Galbraith—Reuters
By Haley Sweetland Edwards

For those of you who have waited hours for a cable repair guy who didn’t show up, or who got charged $700 for a remote control you didn’t know you had, here’s your moment of solace:

It’s been a really terrible month for the cable industry.

After decades of enjoying close ties with the nation’s political elite and a succession of really good deals as a result, the National Telecom and Cable Association’s famously powerful Washington lobby has begun taking some major lumps.

The latest blow came today, when Federal Communications Commission Chairman Tom Wheeler announced that he will employ the strongest-possible regulatory tools to ensure that all Internet service providers adhere to net neutrality rules on all parts of their networks. While the telecom association, along with its most powerful members, like Comcast and Verizon, have said repeatedly that they are in favor of net neutrality rules, their version of what those rules should look like is significantly different than what Wheeler has proposed.

Today’s announcement comes less than a week after another blow to the cable group’s lobbying effort. Last Thursday, the FCC voted to update its definition of broadband to mean at least 25megabits-per-second download speeds, in order to reflect modern Internet use. (Prior to the announcement, broadband was defined as at least 4 mbps on downloads—a connection that is not fast enough to, say, have a high-def video conversation with your grandma on Skype, according to the FCC’s own research.)

The National Telecom and Cable Association lobbied hard against that redefinition in part because its members—Comcast, Verizon, AT&T, et al—currently sell “broadband” packages that are significantly slower than what most people would consider, and what is now legally considered, “broadband.”

The two biggest cable companies, Comcast and Time Warner Cable, perhaps had another reason to oppose it, too. Comcast, which has made a bid to buy Time Warner for a cool $45 billion, has hoped the Department of Justice will approve the merger on the grounds that an even-larger Comcast would control just a third of the nation’s broadband market. That was true under the old definition of broadband. But under the new definition, a combined Comcast-Time Warner would control roughly 63% of the U.S. broadband market—a number that may raise eyebrows among anti-trust officials at Justice.

The National Telecom and Cable Association didn’t see either of those setbacks coming.

For decades, the cable and telecom industry has been one of biggest power players in D.C. politics. That’s in part because it spends more every year on campaign donations and lobbying expenditures than almost any other single industry, keeping pace with defense contractors and healthcare. And it’s in part because it has enjoyed unusually close personal relationships to the city’s powerful elite. For example, the currently NCTA President, Michael Powell, is the former chairman of the FCC, and the current chairman of the FCC is Tom Wheeler, is a former president of NCTA. Another former president of the NCTA, Brian Roberts, is now the CEO of Comcast. Both Roberts and Wheeler are generous donors to the Democratic Party and enjoy famously close relationships with President Obama.

But those tight-knit bonds have begun fraying lately. In November, for example, Comcast CEO Brian Roberts put in a call to Valerie Jarrett, Obama’s senior adviser at the White House, to urge the president not to call for new regulations on net neutrality, according to the Wall Street Journal. Jarrett ignored his pleas and, a few days later, Comcast was blindsided when Obama made a public announcement, calling on the FCC to enact the strongest-possible net neutrality protections.

That little anecdote is bad for Comcast not only because Roberts didn’t end up getting what he wanted, but also because someone at the White House wanted that story to be told—perhaps to send a message to Comcast, and the industry in general, that the White House isn’t doing its bidding anymore. Welcome to the big leagues.

So why the turning tide? Open Internet advocates give credit to “a decade of dedicated grassroots organizing and advocacy.” In the last few years, digital rights and consumer advocacy organization like Free Press, CREDO, and Fight for the Future have spear-headed dozens of grassroots and online efforts to get public officials’ attention. Last summer, for example, they helped organize a record-breaking 4 million people to write letters to the FCC in protest of the commission’s previous, more industry-friendly, net neutrality proposal. In November, Obama cited those 4 million voices as one of the reasons he was calling on the FCC to revise its previous proposal.

But there’s another, more cynical reason for Washington’s about face: Silicon Valley. In the last seven or eight years, tech giants, like Google, Amazon, and eBay, who were once famously naive about the interworkings of Washington, D.C., have started upping their game, hiring crème-de-la-crème lobbyists, pouring money into campaign coffers, and hobnobbing in all the right places.

In other words, it’s not only that the cable industry has had a bad month. It’s also that Silicon Valley has had a good one. 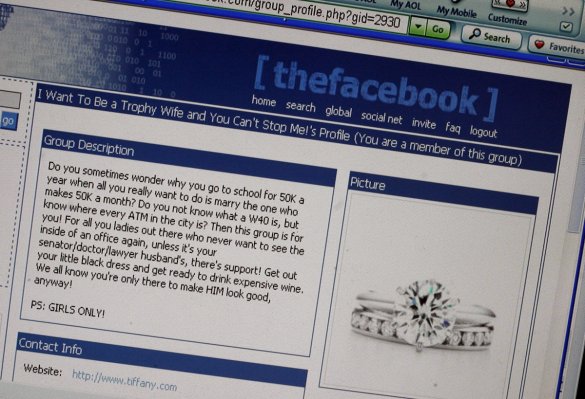