The push for net neutrality took another step forward Wednesday when FCC Chairman Tom Wheeler confirmed his plans to put forth “the strongest open internet protections ever proposed” by the independent agency.

“After more than a decade of debate and a record-setting proceeding that attracted nearly 4 million public comments, the time to settle the Net Neutrality question has arrived,” the FCC chair wrote in an op-ed published online by Wired. Wheeler promised he will submit a proposal this week for new FCC rules that would ban paid prioritization on both wired and mobile networks. The rules would ensure Internet service providers (ISPs) are prohibited from blocking any lawful Internet content or creating so-called Internet fast-lanes that allow certain companies and websites to pay for faster delivery of their content.

“The internet must be fast, fair and open,” Wheeler wrote.

Earlier this week, reports surfaced that Wheeler planned to propose that the FCC reclassify high-speed Internet service as a telecommunications service, rather than an information service, under Title II of the Communications Act. Those reports noted that the FCC would likely vote on the proposed rules later this month. Last year, a federal appeals court ruled that such a step would be necessary if the FCC wanted to treat ISPs more like public utilities, subjecting them to stricter regulation.

Wheeler’s op-ed did not specifically refer to reclassification of ISPs, but the chairman did write that his proposal would ask the FCC to “use its Title II authority to implement and enforce open Internet protections.”

Last year, the FCC chair also proposed a plan to side-step the reclassification issue by allowing cable companies and telecoms to negotiate contracts with content providers such as Netflix that would provide faster streaming speeds so long as the deals were “commercially reasonable.” Netflix did begrudgingly (it claimed) enter into several such pacts with providers such as Comcast and Verizon, but the arrangements drew heavy criticism from proponents of an open Internet.

Wheeler wrote on Wednesday that his new proposal takes into account “public input received over the last several months” as well as his own understanding of FCC regulations and the industry. And, while net neutrality opponents have argued that stricter regulation of broadband providers could impair growth and innovation, Wheeler wrote in his op-ed that it is possible to maintain an open Internet while also allowing for the growth of broadband networks. Wheeler wrote that his proposal would “modernize Title II” and would not include strict oversight of pricing as well as “no tariffs, no last-mile unbundling.”

Even as Wheeler’s op-ed made the Internet rounds Wednesday afternoon, stocks of cable and satellite Internet providers remained strong. Shares of cable companies Comcast, Time Warner Cable and Verizon were all up in recent trading, as were shares of satellite providers Dish Network and DirecTV. 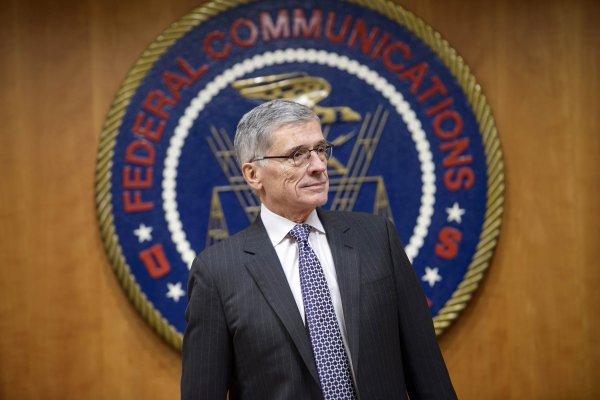 Internet 'Fast Lanes' Under Fire
Next Up: Editor's Pick