Why a Bobby Jindal Portrait Sparked a Racial Controversy

Or so went the jokes of many Twitter users who saw a photo tweeted widely this week of Indian-American Louisiana Gov. Bobby Jindal’s purported “official portrait,” in which, well, he’s been whitewashed to the shade of Benedict Cumberbatch. It turned out it wasn’t actually Jindal’s official portrait, and instead just a portrait loaned by a constituent, according to Jindal’s chief of staff, Kyle Plotkin, who shared on Twitter the actual painting (still with brightened skin, albeit less so) while slamming users for “race-baiting.”

But the backbone of these “race-baiting” accusations—often aimed at liberals who slam Jindal when he’s not “brown enough”—is the assumption that the portraits’ lightened skin tone doesn’t really matter. Paint has nothing to do with race, says that argument, and in any case, skin color is not one of the Governor’s defining features. Besides, the argument continues, the color of a painting certainly shouldn’t imply what skin color Jindal or someone else wishes he had.

That’s wishful thinking. For however inconsequential the object of controversy is, the portraits are capable of evoking a deeply unsettling reaction. That’s because they recall a dark history with lasting consequences. In a nation whose first lawmakers had constructed American identity based largely on whether European, Asian and African immigrants’ complexions appeared sufficiently “white”—a category that had been molded and manipulated from America’s early years—that Jindal’s portraits appear to have been scrubbed of his race matters greatly. A “white” complexion once afforded the right to a political voice; it was the lifeblood of the dominant majority.

Jindal’s skin tone in his portraits matters especially because it suggests that the “official” image of an American political leader is someone that is not of South Asian or Asian race. The touchy question of skin color remains regardless of the portrait maker’s intent, because throughout history, and arguably still today, differences in skin tone, such as those between Jindal’s portraits and Jindal himself—even if just a few shades—were specifically used to construct race and Americanness.

In the mid-1700s, the category of whiteness had been open to only Anglo-Saxon immigrants, and not even to Europeans like Italians, Spaniards, French or Swedes—they were “swarthy,” said Benjamin Franklin in 1751, while Africans were “black or tawny” and Asians “chiefly tawny.” But the acceptability of “swarthy” skin shifted as waves of Asian immigrants entered North America in the 19th century, and as popular imagery of colonial Indians in British Columbia or cheap Chinese laborers in the U.S. continued their likening to black slaves: dark, faceless, subordinate. Their racialization as disposable and immutably foreign, in contrast to the better-assimilated European labor migrants, in turn lifted these “swarthy” European immigrants to a sufficiently high racial status to merit the title “free white persons.”

That was over two centuries ago, but the physical basis for whiteness had permanently shaped what it meant to be a citizen of America, and later, what it meant to be simply a resident of America. It was exactly 98 years ago—Feb. 5, 1917—that the Asiatic Barred Zone Act of 1917 outlawed nearly all Asian immigration, adding South Asia to a blacklist that had already included China and Japan, by blocking “any country not owned by the U.S. adjacent to the continent of Asia” along specific longitudes and latitudes. The act was only the latest of several racially-motivated exclusionary laws that further conflated Americanness with certain physical characteristics, the most obvious of which was skin color. Alongside other physiognomies and cultural stereotypes, skin color determined not only white or non-white, not only eligible citizen or unworthy alien, but also acceptable or unacceptable.

The racial significance of lighter versus darker skin intensified in 1923, when the Supreme Court saw the case of Bhagat Singh Thind, an Indian immigrant. Thind, who was of Punjabi origin like Jindal, had petitioned to regain the U.S. citizenship a local court had granted him for his military service, which was later revoked when a federal court, upon review of his citizenship documents, discovered that Thind was of Indian origin. Thind’s legal argument was that he was a North Indian, which several ethnological studies had classified as Aryan—the “swarthy” skinned persons who had been deemed sufficiently “white.” Thind thus argued that he was “free white person,” the problematic clause that would be struck from naturalization law only in 1952.

Chief Justice George Sutherland rejected Thind’s argument, in line with his ruling from the parallel case Ozawa v. United States (1922), in which a Japanese immigrant had argued his relatively pale, “white” complexion should afford him the right to citizenship. Sutherland wrote in his closing opinion of Thind’s case:

As Sutherland’s statement suggests, markers of racial differences deserved attention insofar as they maintained an established order. In the following decades, it slowly became strategic for lawmakers to abandon invoking racial differences. During the Cold War era, for example, Soviet and Asian propaganda had scandalized America’s racial inequality as conflicting with the nation’s support of self-determination. In response, the U.S. established a de facto PR agency to send overseas the stories of successful black and Asians in America, purporting that racial issues were clearly overblown. Later, during the late civil rights era, popular media amplified stories of the economic success of some Asian Americans to discourage black activists’ militancy by suggesting that race no longer limited social mobility.

Modern America might be a different place if the distinction between a lighter-skinned Jindal and a darker-skinned Jindal was a mere question of artistic vision. But today, in an age of expanded civil rights, this pick-and-choose attitude toward race has only heightened. The decision whether to dissect or ignore the paint color of Jindal’s portraits is but a small yet important choice among larger, modern issues. It’s about whether post-9/11 airport security unfairly targets those who appear to be Middle Eastern; whether affirmative action is anti-Asian; whether grand juries would return different decisions if the defendant were not black. At its core, what Plotkin decries as “race-baiting” is question of who has the power to decide when an issue deserves to be investigated in racial terms. Choosing to throw the “race-bait” accusation is simply a convenient disengagement from these issues, all of which are complicated by histories that conflate complexion with race, and race with power.

Because, really, why would anyone inherently enjoy the idea of unwanted racialization? As Plotkin’s tweets suggest, that stuff is just plain annoying. 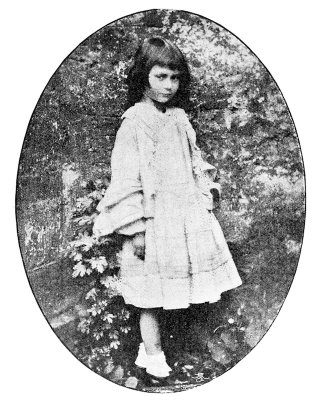