Police in the St. Louis suburb that was roiled by protests over the shooting death of an unarmed black teenager last year are testing a device docked on a regular handgun that could reduce the use of lethal force by law enforcement.

“The Alternative,” a bright orange cap that mounts onto a handgun, melds an attached projectile the size and shape of a ping-pong ball around a fired bullet, the Washington Post reports. The resulting projectile has enough force to knock a person down but not kill him, says Alternative Ballistics, the device’s makers.

Five police officers in Ferguson, Mo., are training this week to use the device, and the department plans to introduce it to the entire, 55-person force.

“It gives another option,” said Al Eickhoff, the city’s assistant police chief. “I really liked it. … You are always looking to save a life, not take a life.”

The device has not been tested on a human, according to Alternative Ballistics chief executive Christian Ellis.

Debates over police use-of-force have gripped the country after grand juries chose not to indict officers in Ferguson and New York in the deaths of Michael Brown and Eric Garner, respectively. 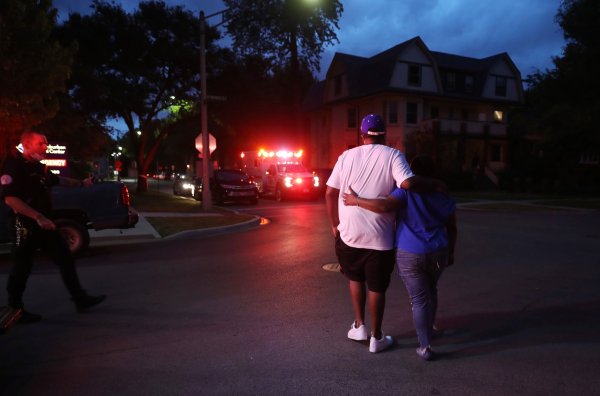