Switzerland Takes a Side for Neutrality

The last time the Swiss fought a military battle was 500 years ago, against the French. (The Swiss lost.) Two hundred years ago, Switzerland was acknowledged as a neutral state in the Treaty of Paris. But it wasn’t until this day, Feb. 13, in 1920, that the League of Nations formally recognized its neutrality.

Since then, despite the layman’s conflation of “neutrality” with “pacifism,” the Swiss have maintained that status fiercely, and occasionally with force. It took particular toughness to be a tiny neutral country in the midst of a world war, as TIME pointed out in 1942, when Germany occupied France, making Switzerland “an isolated little democratic anomaly deep inside totalitarian Europe.”

Like a Chihuahua defending its territory against a pit bull, Switzerland only grew more ferocious in the face of an outsized menace. The Swiss newspaper Volksrecht barked, “It is of the greatest importance that we leave no doubt in anybody’s mind that not even the most hopeless situation will make us capitulate voluntarily, and before we can be commanded we have got to be beaten.”

But beating them would have been a daunting task even for the Nazis, according to TIME. “Man for man, Switzerland probably has the second best army in Europe today,” it concluded. “Its general staff, under sagacious, diminutive, popular General Henri Guisan … has built in the Alps a kernel of defense which an army thrice the size of the Swiss Army (600,000 men) might need valuable months to crack. The Swiss Army can be mobilized in half an hour.”

Just as neutrality did not mean nonviolence, it also didn’t mean indifference, as Switzerland proved in 1956, when it spoke out against Soviet oppression in Hungary. The neutral state gave safe haven to 10,000 Hungarian refugees, and leveraged what power it had to penalize the Russians — by not letting them ski. Per TIME, the Swiss Ski Association formally notified the Soviet Winter Sports Federation that Russian athletes were not welcome at Swiss ski competitions.

Granting asylum to political refugees has long been a Swiss hallmark, and one of the ways Switzerland influences global politics despite its neutrality. It welcomed Russian jeweler Peter Carl Fabergé and German author Thomas Mann, along with 300,000 others during the Nazi era alone.

Its reputation as a safe haven for the persecuted (save its dismal record with Jewish refugees during World War II) is so well known that at this time last year, an Ethiopian pilot hijacked his own Rome-bound flight and landed instead in Geneva, where he requested asylum to escape persecution in his home country. While he faces up to 20 years in prison for the hijacking, the Swiss have refused Ethiopian demands for his extradition. Experts say he’ll likely stay in Switzerland after serving his sentence because, hijacker or no, the Swiss won’t let him return to a country that abuses human rights. 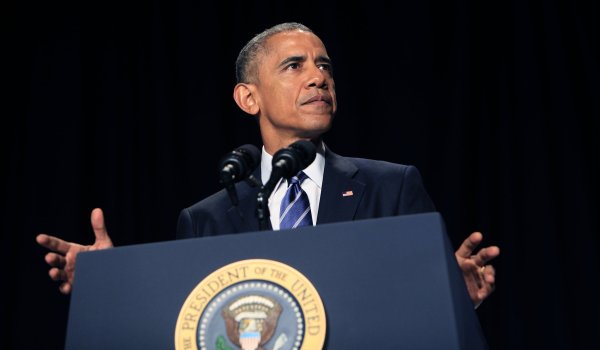 The Critics Were Wrong About Obama's Prayer Breakfast Speech
Next Up: Editor's Pick