At Least 26 Dead as Taiwanese TransAsia Plane Crashes in Taipei

A TransAsia Airways flight departing the Taiwanese capital Taipei on Wednesday morning crashed into a river nearby the terminal after coming into contact with an elevated roadway soon after takeoff.

The ATR-72 turboprop aircraft was bound for the offshore island of Kinmen with 58 people onboard, according to Taiwan’s Central News Agency. At least 26 people were killed during the crash, the Associated Press reports.

Rescue operations were ongoing and first responders in rubber boats were at the scene trying to enter the aircraft. Rescuers later used a crane to hoist wreckage out of the water.

Wednesday marks the second deadly incident for TransAsia in the past year after a plane crashed July 23 near the airport at Magong on Taiwan’s Penghu island during a thunderstorm, resulting in 48 deaths and 10 injuries. 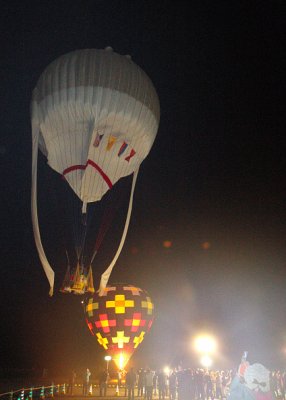 Two Men Just Flew a Balloon Across the Pacific
Next Up: Editor's Pick