Three-Parent IVF Deserves a Chance in the U.S.

Ideas
By Sarah Elizabeth Richards
Richards is a journalist who frequently writes about genetics and the author of Motherhood, Rescheduled: The New Frontier of Egg Freezing and the Women Who Tried It.

In a historic vote that rocked the world of fertility medicine Tuesday, British lawmakers approved the use of a controversial IVF practice that would take genetic material from three people to create a single embryo.

The promising technique, which involves replacing the defective cellular material of a woman’s eggs with that from a healthy donor, aims to prevent patients from passing down crippling genetic diseases to their offspring. It also might hold the key to other groundbreaking applications, such as extending women’s fertility by rehabilitating old eggs.

The decision is inspiring because members of Parliament chose science over a firestorm of often ill-informed debate questioning whether we’ve gone too far in experimenting with genetic engineering. Hopefully, they will motivate the U.S. Food and Drug Administration, which held public hearings on the topic last year but declined to move forward with human trials citing lack of safety data, to follow suit. New research published in the New England Journal of Medicine estimated that more than 12,000 women in the U. S. of childbearing age risk passing down such mitochondrial diseases, which have been linked to everything from poor growth, blindness, neurological problems and heart and kidney problems.

The world is right to be cautious about this latest mind-boggling advance in reproductive medicine. It does sound like science fiction: If you’re a woman who suffers from a mutation in her mitochondrial DNA—the part of our cells that generate energy—scientists can take your egg, extract the nucleus—the part containing your most important genetic instructions, such as hair and eye color—and insert it into a new egg that has been provided by another woman. (The nucleus would have already been removed from the donor egg.) This newly renovated egg is then fertilized by your partner’s sperm and implanted into your uterus. You carry on with your pregnancy, just like billions of women before you. (Another version of the technique switches out the nucleus of a newly fertilized egg.)

Have we pushed the boundaries too far in innovative baby-making? Think back to when critics charged that the inventors of in-vitro fertilization recklessly “played God” by daring to combine a sperm and an egg in a lab to create Louise Brown in 1978. Now some 5 million of the world’s babies have been conceived via IVF. But it’s one thing to get used to combining reproductive parts in a lab; it’s a lot less comfortable to imagine tinkering with those parts beforehand. In an open letter to the U.K. Parliament, Paul Knoepfler, stem cell and developmental biology researcher at the University of California Davis School of Medicine, warned that supporters “could well find themselves on the wrong side of history … with horrible consequences.”

Yet it’s important to understand that mitochondrial replacement isn’t genetic engineering run amok, cautions Debra Mathews of the Berman Institute of Bioethics at Johns Hopkins University. The mitochondrial energy-making material of an egg accounts for a mere 37 genes, compared to the nucleus, which contains about 23,000 genes. “No one is messing directly with genes,” she says. “Scientists are replacing damaged mitochondria with healthy mitochondria. It’s a specific technology for a specific application. We’re modifying eggs to avoid serious diseases.” So far, researchers haven’t attempted a pregnancy using the technique, but a study published in 2012 in Nature found that resulting embryos appeared to develop normally with the nucleus intact and did not contain any of the mutated mitochondria from patients’ previous eggs. And scientists at Oregon Health and Science University transferred the mitochondria between rhesus-monkey eggs and created four healthy monkey babies.

Yet determining when a technology is “safe” is especially challenging in fertility medicine because the only way to find out is to create another human. The FDA’s prudence is a welcome change from the early “wild west” days of reproductive medicine when many scientists “implanted and prayed” that their experiments wouldn’t lead to the “horrible consequences” Knoepfler is warning against. So far, we’ve been incredibly lucky.

We don’t want to risk holding up progress by being too cautious, especially when some 1,000 to 4,000 babies are estimated to be born every year with mitochondrial disease, according to the United Mitochondrial Disease Foundation.

Yet what should the threshold be? The FDA shut down other such research being done more than a decade ago. Scientists at several fertility clinics were responsible for 30 pregnancies from eggs that had been injected with donor cytoplasm that contained mitochondria. The kids haven’t been tracked over the long term, and it’s unknown whether the procedure contributed to two cases of chromosomal abnormalities that resulted in one miscarriage and one abortion. And researchers at New York University’s Langone Medical Center tried a similar mitochondrial transfer technique using younger eggs for three women in their 40s suffering from age-related infertility. Although the embryos developed naturally, none got pregnant. A Chinese team later used the NYU method to achieve a triplet pregnancy, but the patient lost the entire pregnancy after she tried to abort one fetus to give the other two a better chance of survival.

Let’s follow the British example and find the right balance between prudence and progress. “We’re at a stage when we can use these technologies to help all kinds of patients, and we have enough reassuring evidence that it’s safe,” says NYU’s Jamie Grifo, and author of the The Whole Life Fertility Plan. “It shouldn’t be taking this long to move forward.” 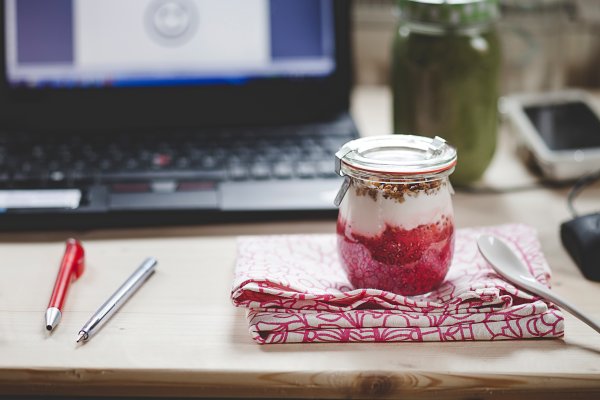 This is How Nutritionists Snack at Work
Next Up: Editor's Pick