The $80 Samsung SE-506CB is the best external Blu-ray drive for most people—if you need one at all. It’s the best Blu-ray drive you can get for the least amount of money, and it’s the quietest one we tested. The Samsung is well-liked by Amazon buyers, and it’s conveniently thin, light, and compact.

What makes a good Blu-ray drive?

We surveyed hundreds of Wirecutter readers to find out what people care most about in an external Blu-ray player. Using this information, we came up with a set of criteria to decide which drive is best for most people.

For starters, it must read and write dual-layer DVDs and Blu-rays. 74% of those surveyed use their external drive only at home, but size and weight are still important. A lighter, more compact drive is easier to store when you’re not using it.

Note that some older laptops don’t provide enough juice to power a Blu-ray drive. It’s not necessary for most people, but for these older machines you’ll need a Y-cable that plugs into two USB ports.

How we picked and tested

We began by scouring Amazon and other retailers for best-selling and top-rated Blu-ray drives, and checked manufacturer websites for models that have been released since our previous guide, published in June of 2013. We eliminated drives that cost more than $120, didn’t read and write DVDs and Blu-rays, or had few or poor user reviews on Amazon. We also cut drives that were heavier or bulkier than the rest, and we didn’t re-test anything that we ruled out in our previous guide.

The $80 Samsung SE-506CB Slim Blu-ray Writer is the best Blu-ray drive for most people. (Some days the black version is less expensive and others the white model is the better buy, so shop wisely.) The other Blu-ray drives we tested cost about $40 more for similar performance.

Our pick was the quietest drive we tested, and it’s conveniently thin and light for storage or portable use. The Samsung was the fastest to rip a Blu-ray to an MKV file. It was a few minutes slower than the competition in our other tests, but all the drives we tested (except the pricier Pioneer) take more than an hour to rip and burn Blu-rays.

The Samsung comes with the CyberLink Media Suite for playing DVDs and Blu-rays. This software works only on Windows, though.

The Samsung’s biggest flaw is that it’s a little bit slower at burning and ripping DVDs and Blu-rays and the other drives we tested. However, it was within five minutes of the competition in almost all our tests, which take over an hour each.

Our pick doesn’t come with a Y-cable, but not everyone needs one—only people with older computers that don’t provide enough power to one USB port. If you need one, you can get a Y-cable or a longer USB cord on Amazon.

A faster (but louder) upgrade

If speed and size are your biggest concerns and you don’t mind paying more and putting up with a noisy drive, we recommend the Pioneer BDR-XD05 Slim Blu-ray Writer. It was the fastest in nearly all of our tests, is the smallest, lightest, and thinnest, and comes with a USB 3.0 Y-cable.

The Pioneer is difficult to find for a good price; the black version costs $130 and comes bundled with CyberLink software, and the white version costs $95 but does not come with any software. The Pioneer’s small size and top-loading clamshell design are particularly convenient for a portable drive.

If you don’t need a drive that can read and write Blu-rays, you should save money and get the $38 Samsung SE-218CB External DVD Writer instead.

Because of movie studios’ piracy concerns, it’s much more of a hassle to play Blu-rays on a computer than on a dedicated Blu-ray player. In order to play Blu-rays legally on a Mac or Windows PC, you’ll need to purchase software that licenses the required codecs.

Nearly all of the Blu-ray drives we tested are great options, but the $80 Samsung SE-506CB (black or white) is the best one for most people. It’s inexpensive, fast enough, and the quietest drive we tested. It doesn’t come with a Y-cable, but most people don’t need one anyway. The Samsung also comes bundled with Windows software. It’s the best external Blu-ray burner for people who still need to use an optical drive sometimes. 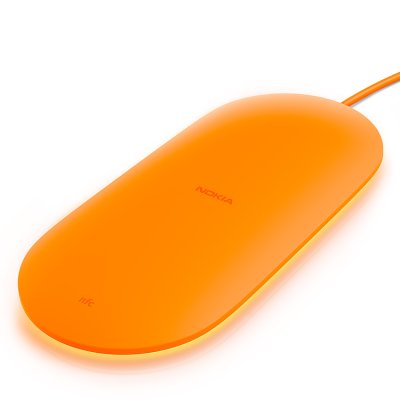