For years, breast cancer has been the leading cause of cancer death among women in developed countries, but according to a new report on the incidence of cancer worldwide from the American Cancer Society, lung cancer now surpasses it.

A combination of early breast cancer detection efforts and the lingering effects of the tobacco epidemic drove the shift, says lead report author Lindsey Torre, an American Cancer Society researcher. The study, which was published in CA: A Cancer Journal for Clinicians and used data from 2012, reported that lung cancer killed 209,000 women in developed countries in 2012, while 197,000 women died of breast cancer.

“We know now that in a lot of developed countries among women, smoking is on the decline,” says Torre, noting that new lung cancer infections today are the result of habits formed decades ago. “The good news is that we can probably expect to see these lung cancer mortality rates peak and start to decline as times go by.”

The report emphasized the growing incidence of cancer in the developing world. Lung cancer was the leading killer of men in developing countries and breast cancer the leading cause of death for women.

In part, these growing numbers can be attributed to an aging population, a trend that is affecting the world at large. And as the developing world continues to westernize, people in developing countries are increasingly likely to smoke, be overweight and rarely engage in psychical activity, Torre says.

“We’re seeing the burden of cancer shift to developing countries, so they’re taking on an increasing portion of the global cancer burden,” she says.

Cancer killed 8.2 million people worldwide and 1.6 million in the United States in 2012. 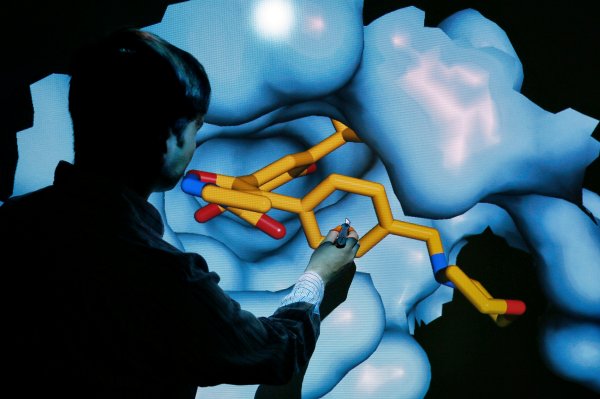 Here's Why It's Important That Scientists Have Figured Out How to Unboil Egg Whites
Next Up: Editor's Pick