Amazon has dominated online commerce, muscled into media streaming, and inched into the smart home market. Now, the online retail giant has possibly set its sights on a surprising target: brick-and-mortar stores.

According to a Bloomberg report, Amazon is in talks to acquire some stores currently owned by RadioShack, which could soon file for bankruptcy. For a company whose entire business model has for two decades focused on upending the traditional retail model, ruthlessly cutting costs for itself and consumers along the way, Amazon’s reported interest in buying physical stores seems counterintuitive.

But having a physical retail presence could actually help CEO Jeff Bezos grow his e-commerce business. Much like oversized banks, having a physical presence serves as a kind of interactive advertising billboard that could spur overall business. The stores could also have kiosks that would allow customers to purchase goods online, and encourage Prime membership. Amazon Prime plays an outsized role in the company’s profitability, with one outside study estimating that its 40 million members spend $1,500 per year, compared with $625 for non-members. The stores could also serve as a place for customers allergic to packaging to return products to Amazon, without having to package and address boxes themselves.

MORE Amazon Prime Membership Should Come With a Warning

Amazon has already made some forays in this area. The company leased space last year in an office across the street from the Empire State Building and has installed lockers, where customers can pick up deliveries, in Staples locations before. But with more than 4,000 RadioShack stores likely for sale, and Amazon reportedly joining Sprint and the investment group behind Brookstone in a bid for the locations, the stakes could be much higher this time around.

The real game changer will come if Amazon begins selling merchandise out of RadioShack locations. “If they actually started stocking inventory, that would represent something that would be fundamentally new to the brand,” says Craig Johnson, an analyst at Customer Growth Partners. Selling chairs or barbecue grills out of a store may be impractical, though the locations could be delivery points for customers, particularly those who order from Amazon Fresh, the company’s new grocery service.

The Apple Store, which has come to define the Cupertino-based company, was an invention that only came toward the middle of the company’s revitalization under Steve Jobs. But don’t expect Amazon to take a page out of Apple’s playbook. The latter’s outlets, which have the highest average dollar-per-square foot sales in global retail, are finely milled temples to high design. Amazon’s customers are a much more frugal bunch, and under Bezos, the company’s dominant genetic feature has been no-muss efficiency. A few thousand outlets to make doing business with Amazon even easier could only bolster that.

Read next: Staples to Buy Rival Office Depot for $6.3 billion 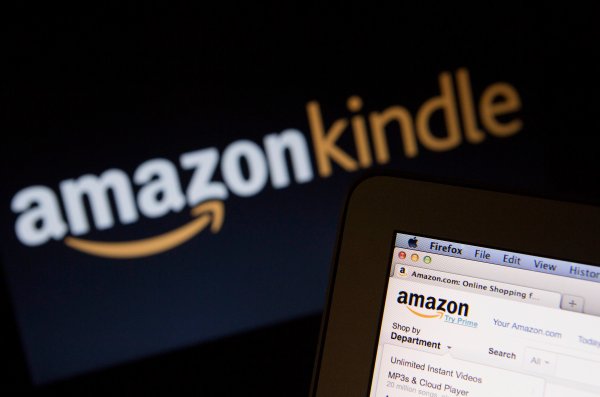 Amazon's Kindle Convert Can Turn Your Books Into E-Books
Next Up: Editor's Pick