How to Conquer Social Media

Lou Altman needed to reschedule our call. Why? The founder of GlobaFone, a satellite communications firm in Portsmouth, New Hampshire, needed to attend a webinar hosted by a company whose social media program he had bought. The product wasn’t working out, and Altman hoped to get some tips to make it easier to use.

Did I mention I was supposed to interview Altman about how small businesses can get the most out of their social media budget, and not spend a lot of money for little gain?

When we finally connected, I asked Altman how he came to purchase something that didn’t do what he needed. “We didn’t have an overall social media strategy when we bought it,” he admitted

It’s a familiar story: You buy something you absolutely have to have, according to the people who are selling it, but which turns out to help them far more than it helps you. This is true for many personal and business spending decisions, including for social media. There’s Facebook and YouTube and Twitter and Instagram and Pinterest and … remember Ello? Who the heck can keep up? Yet many believe they must. According to a recent survey by LinkedIn and market research firm TNS, 81 percent of businesses with between $1 million and $50 million in annual revenue use social media in hopes of boosting sales. Yet only 61 percent of those same businesses see a payoff.

That’s an expensive mistake to make. Consultants can help, charging anywhere from $50 to $500 an hour, but too often, paying more doesn’t ensure better outcomes. So before you spend anything, consult the following tips to get a good return on your social media investment.

Many business owners think they should be on social media but don’t have a target in mind. As a result, “it’s very hard not to get ripped off,” says Anne Marie Blackman, founder of MyUglyChristmasSweater.com, an online apparel specialist. Blackman spent $2,000 on targeted Facebook posts and pay-per-click advertising in 2013 but wanted to get more out of her investment. “I did not have the experience to use it effectively,” she tells me. “There is a science to having a good pay-per-click campaign.” So this past holiday season, Blackman budgeted several thousand dollars to hire an expert to take over her social media.

If you decide to bring on a social media expert, make sure it’s someone who knows your industry. Blackman follows the campaigns of other companies and monitors people whose style she likes. She hired her social media manager because she liked her online voice: “She can write in the right tone,” Blackman says. “I can come off as too stiff.”

Adjust to the channel

Some kinds of companies (think fashion and food) are natural fits for Instagram, while others (like B2B) get more out of LinkedIn. Different sites need different strategies. “Copying your Facebook posts directly to Twitter is like going to Dallas and barking French at everyone,” says Audrey Christie McLaughlin, a marketing consultant.

The Ellen DeGeneres Show featured My Ugly Christmas Sweater in December 2012, so the next year, Blackman pounced. She put a YouTube clip from the show on Facebook as a sponsored post, targeting 10,000 Ellen fans. “The click-through was very successful,” she says. And the best part? “I probably spent $75 to promote it.” 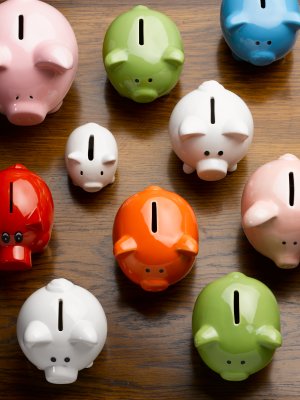 How to Create Multiple Streams of Income
Next Up: Editor's Pick