The New Math Strikes Back

Given how little algebra, arithmetic and Euclidean geometry have changed in the past century, the perpetual debates about how we should teach math are more than a bit puzzling. The discontent with math curriculum reform has come to be known as the “math wars,” complete with viral rants, guides for parents, academic analyses and political maneuvering. According to a recent analysis, 25,000 news articles were written in 2013 on the Common Core state standards alone — and the math recommendations of the Common Core are just the latest permutation of reform, following integrated math, strands math, basic math and discovery math. To some degree this apparent puzzle is simply a consequence of the tension David Tyack and Larry Cuban noted years ago between the conservative nature of schools — teachers usually teach the way they were taught; most districts are too poor to update textbooks regularly — and the ceaseless churn of reform rhetoric.

But much can be learned about current debates from another iteration of math reform: the new math.

Now over a half-century old, the diverse curricular reforms that went under that name share many elements with the Common Core math standards: a commitment to connecting different areas of mathematics under a unifying set of principles, an emphasis on conceptual understanding and foundational laws, and a focus on problem-solving ability. New math curricula were designed during the early years of the Cold War, another time of insecurity about the relative standing of the United States in the world. In what has come to be a widely emulated approach, new math textbooks portrayed the field as a way of thinking, not as a set of facts to be memorized and regurgitated. A conclusion from TIME’s Jan. 31, 1964 article introducing the reforms could be applied just as easily to the 21st century’s infatuation with “big data” and informatics: “Math is not only vital in a day of computers, automation, games theory, quality control and linear programming; it is now also a liberal art, a logic for solving social as well as scientific problems.”

These similarities are not coincidental: they point to perennial debates surrounding the math curriculum. What should the balance be between computational skills and conceptual understanding? Is math class about preparing future mathematicians or about raising everyone to a basic level of competence?

Over 50 years later, those questions remain unanswered. That’s because there’s no one right answer to them. Both proponents and opponents of curriculum reform talk about math class not just as a setting for conveying certain skills but also as a venue in which students learn how to solve complex problems generally. And people have long disagreed about how precisely math class should accomplish those tasks.

New math’s backers portrayed academic mathematics as essential for the modern world, and consequently designed textbooks that tried to present mathematics as professional mathematicians understood the field. These textbooks were first sold in the 1950s and early 1960s, an era in which elite experts enjoyed prominent positions of power, as with President John Kennedy’s “brain trust.”

A decade later, the new math’s claims about what modern students needed were no longer as compelling. The concerns of reformers had certainly shifted over the years, from ensuring that the United States was producing enough talented scientists to compete with the Soviets to worrying about whether the poorest Americans were receiving adequate education at all. But the heart of the criticism was the claim that the new math failed in its promise to intellectually prepare students: the exigencies of the 1970s demanded a return to “basics,” local control and tradition rather than blind trust in the methods of experts and elite academicians.

What had changed was not the math, but the politics. After the many Vietnam protests, race riots and Watergate revelations, public trust in federal programs and in the efficacy of elite knowledge had been eviscerated. This political arc traces the rise and fall of the new math precisely.

Opponents of the new math did certainly point to declining test scores, though this was largely unfair, as one key premise of the new math had been to reduce the emphasis on rote calculation and evidence connecting new math to declining test scores was dubious at best. The new math’s critics, in addition to emphasizing the need for “basics,” also complained about the failure to adequately prepare teachers and the rush to implement untested textbooks — some of the same worries heard today.

Tellingly, one part of the new math reforms has been forgotten almost completely. The primary initiative of the reformers was to improve the high school — not the elementary school — math curriculum. This they did successfully, with full cooperation and extensive involvement of high school teachers and parents. The National Science Foundation hosted elaborate teacher-training institutes as well as classes for parents to prepare them for the new approaches. And the new math was certainly not meant to be a far-left initiative: the most influential reform organization, the School Mathematics Study Group, was funded entirely through the National Science Foundation on the basis of conservative arguments that professional mathematicians should wrest control of the curriculum away from so-called progressive educators. While most everyone now recalls the new math as a doomed, liberal, primary-school initiative — complete with jokes about trying to explain non-decimal calculations to first graders — it might be just as well remembered as a highly successful, and quite conservative, effort to improve the high school curriculum. Our failure to remember the new math accurately doesn’t bode well: it suggests the political fortunes of the new math in the 1970s have obscured our understanding of the curriculum’s actual origins and spread. We will see current and future reforms clearly only when we realize that the math curriculum is always deeply embedded in changing political and historical contexts — not isolated from them.

Christopher J. Phillips has been appointed assistant professor in Carnegie Mellon’s Department of History and is the author of The New Math: A Political History. 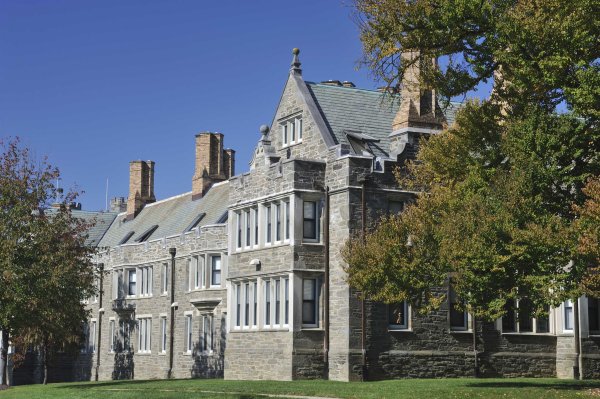