The Red Room, for those novitiates to the cult of Fifty Shades, is the room where the moody millionaire Christian Grey indulges his appetite for less mainstream boudoir behavior. Leonard was worried that it would come off looking like a cheesy dungeon, so she gave quite specific instructions to the production design team.

“She actually had these things drawn up,” says producer Dana Brunetti. “She literally had drawings of them that she gave to our production designers.”

The design team was headed up by husband and wife David and Sandy Wasco, who weren’t inexperienced in this area; they worked on Pulp Fiction, which features a memorable character known as the gimp, who’s into bondage. “Erika was able to do a little doodle on an eight and a half by eleven piece of paper,” says David. “She said, ‘This would be where the spanking bench would be, this would be where the sofa would be.’ And we used that.”

The Wascos knew the Red Room would be the most challenging set to design. “We really anguished over that the most,” says David. “We had to,” adds Sandy. “You could interview everyone that read the book and they’d have a different version of it.” The Wascos met with experts—dominants and dominatrices, who have wealthy clients “just like Christian Grey,” says David. “It was much more sophisticated than anyone going through the internet is led to expect—much more respectful.”

From these consultants, the design team learned such useful tips as using leather on the floor, because people spend a lot of time kneeling. “So we ended up with real leather, and with shoe tacks that were brass every two inches,” says David. They used leather on the bed, with no sheets, because—after all—the bed’s not for sleeping.

If Leonard was in charge of the room’s layout, director Sam Taylor-Johnson had some strong feelings about the finishes. She told the designers she wanted something dumbfounding. “She was always mentioning Kubrick movies. She wanted this room to be something that you’d never forget once you saw it,” says Sandy. “She wanted it to be more related to a high end stable. So [the equipment] was built in brown, with brown leathers, and brown burled woods and other woods, versus the black that you see that’s more common. It was pretty.”

If it sounds odd to call a room where floggings might take place ‘pretty’, then the way the designers talk about the equipment will seem equally unusual. “The items that we ended up making were very bespoke, and very beautiful,” says David. Most of the furniture and implements—the custom-made stirrups, horse saddle chair, and the beds were custom made and shipped from England. Extremely soft ropes had to be ordered and dyed red.

“People [working on the film] couldn’t keep their hands off the stuff,” he adds. “Some of them are tails and fuzzy. They’re really fun.”

Read next: Sex Scenes Make Up One-Fifth of Fifty Shades of Grey 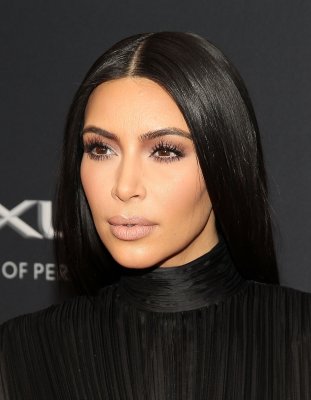 Kim Kardashian Saw Fifty Shades of Grey Before You
Next Up: Editor's Pick