A Washington, D.C. couple is under arrest after leaving their two young children locked in the car while they were wine tasting at a local restaurant. Yes, wine tasting.

The parents, identified as Christopher Lucas, 41, and Jennie Chang, 45, left their 22-month-old boy and 2 1/2 year-old girl strapped in their car seats in a locked car while they went to go wine-and-dine at a restaurant near the Ritz Carlton. The temperature was hovering near freezing, according to the Washington Post, and neither child had a hat or gloves; one had bare feet. The parents felt like it was okay to leave their kids locked in their Volvo, because they were at a restaurant just around the corner and had left an iPhone on to monitor the two children.

“I left to go inside the restaurant,” Lucas said, according to the report, “but I’m watching them.” The parents were gone for an hour and according to police who checked surveillance cameras, they never came to check on their children. A resident of a local apartment building called police after watching the car for 20 minutes, according to the Post, while, NBCWashington reports that another passerby dialed 911 after hearing the little girl sobbing.

The children were brought into a police car to be warmed up, they were checked out by paramedics and were in good health, police said. The parents returned as police were investigating, but the children were turned over to D.C. Child and Family Services and the Lucas and Change were arrested on two counts of attempted second-degree cruelty to children, which carries a maximum 10-year prison sentence. Their own stupidity, though, will last a lifetime.

To be frank, it seems clear that the parents are idiots. Lucas runs a software company and Chang works for the USDA, they drive a Volvo, and they live in a townhouse, according to the Post. All solid life choices. Despite this: idiots. Idiots for drinking wine while their children were locked in a car in near-freezing temperatures. Even bigger idiots because these parents clearly had the resources to hire a babysitter for the afternoon. Luckily the children were fine, which is what makes this case so prime for one of the favorite pastimes of modern parenting: Parental Schadenfreude.

Schadenfreude is taken from the German and means “harm-joy” and it’s usually used to connote some pleasure derived from the misfortunes of others. In this case, the chucklehead parents. To be clear, this is is not about the kids. The kids survived the parents’ lousy idea and were just the innocent victims of some astoundingly poor parenting. These parents were arrested for making not just a bad choice, but an astonishingly bad choice. These kids weren’t left alone in a car for five minutes while the parents ran into the mini market, they weren’t napping in strollers while their parents watched from inside a coffee shop, nor were they 9-year olds playing at the park while the mother worked. This isn’t free-range parenting or an unfortunate but understandable reality of impoverished working parents. It’s two seemingly well-educated, upper middle class parents who left their toddlers alone for an hour while they imbibed at a tony restaurant around the corner. This is not a mistake that most of us would make. Hence the schadenfreude.

There’s a certain glee that comes with watching other people screw up worse than you, especially when it comes to modernity’s high-stakes parenting. While you may leave your sleeping infant in a car for a minute to buy a gallon of milk or forget to pick up your kid from preschool before 6p.m., not bother to check for trans fats, like, ever, or even drop the baby while trying to cram him into an Ergo, you’re still not even close to locking your children into a car in near-freezing temperatures causing concerned strangers to dial 911 while you’re cozied up around the corner noting the subtle flavor profile of a glass of Rioja.

Thanks to your passable parenting skills, you can click on the headline as you scroll past it on your newsfeed and shake your head in disbelief at the mistakes of others. You can nod along with the local newscasters as they decry the poor decision-making skills of those parents. You can even recognize that parents with two children under the age of 2 probably really needed a glass of wine, while still rolling your eyes at their child care choice. You can understand it, but you would never ever do it, so you can tsk tsk tsk away.

In short, thank you to the police for doing their job and protecting those children and thank you to these parents for making almost everyone else look good by comparison. 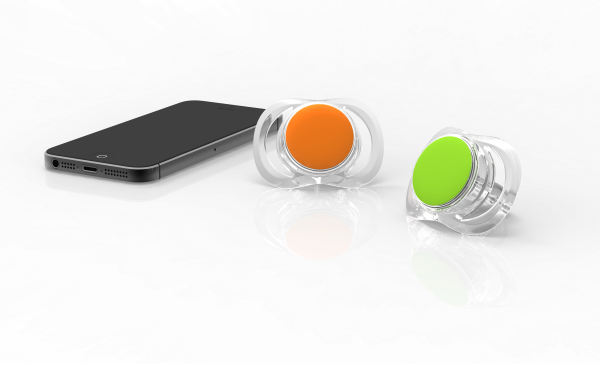 This Gadget May Change Parenting Forever
Next Up: Editor's Pick